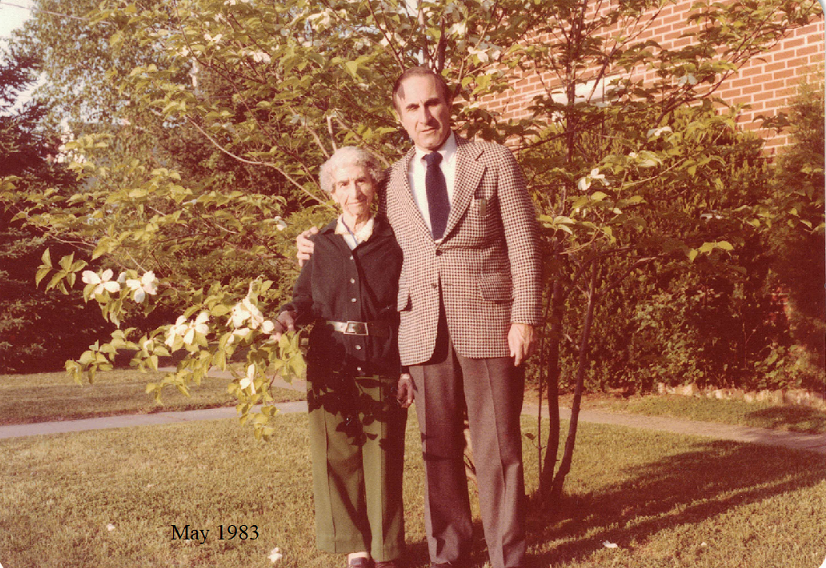 Unfortunately, in the 1900-1923 period, the Turks started a campaign of ethnic cleansing of between 3.5 million to 4.3 million Armenians, Nestorians, Greeks, Lebanese and other Christian sects, who were either murdered or driven out of Turkey. John’s future wife, Theresa Diamondidis, also lived in the Bosporus area across from Istanbul (previously Constantinople) and was forced to flee to Athens as a refugee. John and Theresa did not know each other in Turkey.

John left home at 13, arriving in Albany, New York, where he had a brother. However, during John’s brief stay there, John washed dishes and became a good cook. John moved to Washington, DC, to join friend George Boukas, who earlier in life had been boxing prize fighter, then subsequently became a florist with a shop one half block from the White House, and ultimately worked in and owned several restaurants. George Boukas’ previous wife was Stella Mandris, whose family was from Annapolis.

In 1917, Theresa Diamondidis came from Athens to Annapolis with her brother Chrysostomos ( “Chris”) because her sister Efrosini was there and married to Nick Bounelis. Theresa was very attractive and suitors came from all over to court her, some from as far away as Texas. The Mandris family made the introduction between John Abramedis and Theresa Diamondidis, facilitated by Stella Boukas, who was a Mandris. John and Theresa were married in 1927 and their only child Steve was born in 1928 by caesarian.

How the Abramedis family chose to settle in Annapolis (Youtube)

Theresa had a sister, Eva, who gave birth to a child in Oak Hill West Virginia; however the mother died in childbirth. Theresa raised the child, also named Eva, for 3 ½ years until the remarried father came back to legally take Eva. This was very traumatic for Theresa and she developed an ulcer for the rest of her life.

John continued his business in Washington; travel was easy to Annapolis via the WB&A train line connecting Washington, Baltimore and Annapolis. Steve remembers that the station was located behind the former post office in Annapolis on Church Circle.

John, Theresa and Steve lived in Washington for about 13 years and later moved to Clifton Forge, Virginia, where John started a restaurant business. John had hoped the boom in coal and railroads would make Clifton Forge a good place; however, the Great Depression worsened, resulting in a tough life. In addition, Steve, who moved there at age 13, encountered a great cultural shock. Steve said that Clifton Forge was a very rural and a tough area for an outsider from Washington. Nonetheless, Steve graduated from high school while working at the restaurant after school with his father and mother.

Steve went to college at the Virginia Military Institute (VMI), where he graduated with a Bachelors Degree in Pre-Medicine and was commissioned as a Second Lieutenant in the Army Reserve. Steve subsequently went to the Medical College of Virginia, in Richmond (now known as the Virginia Commonwealth University, or VCU).

Steve Abramedis at VMI and the US Army (Youtube)

After graduating from VCU, Steve served in the Army as a general medical officer and as Chief of an outpatient clinic. Steve served for 2 years during the Korean War and was honorably discharged with the rank of Captain.

After his army service, Steve served the Annapolis/Anne Arundel County region in the Health Department as a gynecologist and was considered one of the best in the region, especially for his diagnostic talents. Dr. Abramedis served many low and moderate income African American women and to this day is highly regarded in the African American community. Dr. Abramedis became President of the Saints Constantine and Helen Greek Orthodox Church and guided the church through some challenging times. Both Steve and his mother Theresa were actively involved in supporting the church and community for their entire lives.

In the 1960s John Abramedis moved his family to Annapolis where he worked for Johnny and Margie Christo at Fred’s Restaurant and died while still employed by them.

Theresa helped her sister Efrosini raise the seven Bounelis children. Although Theresa was educated in Greece, her sister, Efrosini had graduated from college in Turkey and was very educated. Together the two sisters, Efrosini and Theresa, started the first Greek School on the second floor of the Bounelis Capitol Restaurant on Main Street. In addition, they were both active in the charitable Philoptochos Society which was formed in 1938 after a meeting by five women: Efrosini Bounelis, Eleftheria Lewnes, Anna Nichols, Alexandra Fotos and Helen Mandris.

On October 2, 1938 the first board of the Annapolis Philoptochos was sworn in at the Annunciation Church in Baltimore with Efrosini Bounelis as the President, Vice President – Eleftheria Lewnes, Secretary – Argiro Drakouli, Corresponding Secretary- Bessie Skordas Rousso, Treasurer – Chrisanthe Karale, Advisors Evanthia Pistolas and Anna Nichols. In 1970 the Philoptochos planned and executed the first annual “Yassou Yianni” Festival which was the largest fundraiser for the Church. To this day, the Philoptochos remains the backbone of the Saints Constantine and Helen Greek Orthodox Church of Annapolis.

A cousin from Baltimore, Constantine (“Gus”) Diamondidis found a small bar in Annapolis on the Severn River called the Severn Inn. According to Samaras family lore, Gus originally had intended to open his restaurant in downtown Annapolis, but, heeding the advice of fellow Greek immigrant Theodore Samaras that downtown Annapolis was already overcrowded with Greek-owned restaurants, Gus instead opted to open his restaurant across the Severn River, adjacent to the then-brand new Severn River Bridge. Together with his wife Smarow, the Diamondidis family worked long hours and made the Severn Inn very successful. Gus and Mary actually lived in a cabin on the property until they made enough money to build a home on the hill in the rear of the property. Gus and Mary shortened the name to Diamond. Gus and Smarow had 2 children: Athena, who married Chris Kiorpes, and Sotirios Diamond. The Gus and Mary Diamondidis family were very generous in donating to the construction of the first Greek Orthodox Church, built in 1949.

Steve’s mother, Theresa, had a brother Chrysostomos (“Chris”) Diamondidis, who was a first cousin to Gus Diamondidis of the Severn Inn. Chris married to Mary Abramedis and had 3 children, Nick, Danny and Alex. Nick would marry Patty Kallis and have a son, Chris Diamondidis, who, with his wife Melissa, have 2 sons and became very active in the Annapolis Saints Constantine and Helen Greek Orthodox Church, having served as Sunday School teachers for many years and on the Church Board.