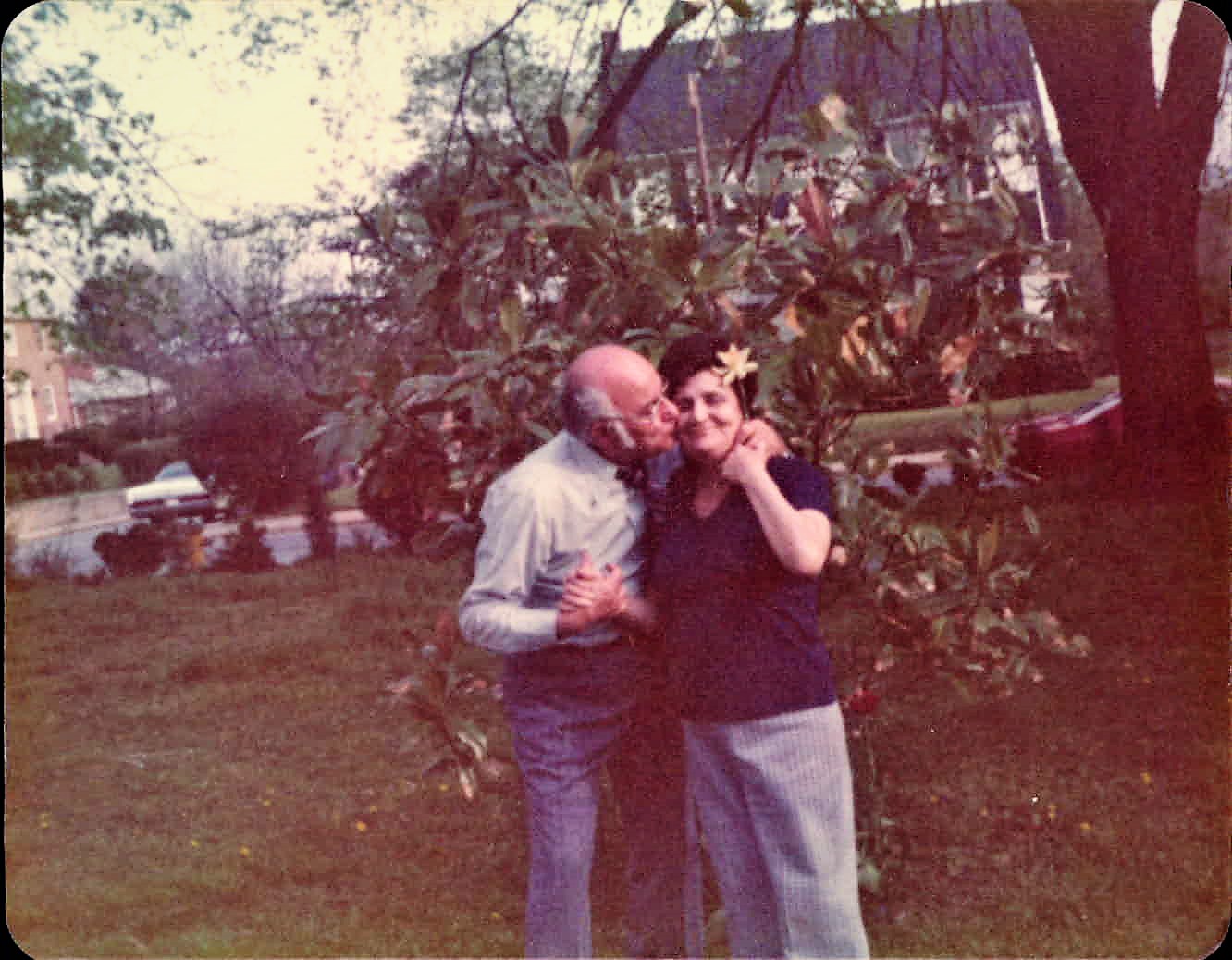 Geographical contexts and buildings are often markers of the making and remembering of our early identities. Four Constitution Avenue is one of those significant places for me. It marks nodal moments of my life growing up in our Annapolis Greek-American community of Ss Constantine and Helen Greek Orthodox church. In late 1940s after World War II, it was the place that the first Annapolitan Greek-Americans dreamed of not only building a church but also building a sense of place with community in their new homeland. They worked hard to raise money to build and furnish the church which was completed in 1949. My father, Savvas Pantelides, with the support of my mother, Magdalene Pantelides, was one of those first pioneers who worked with others to build, extend, and sustain that church community. They knew they had to try and so they said, “Let’s get started”.

I have lived my whole life within a one or two-mile radius from that first church. I sometimes drive past the location where our small church once proudly stood with its small modest golden cross propped upon its rooftop. The church lot is now filled with two very lateral homes squeezed into that space that somehow seem not to belong there. Nonetheless, for those of us who grew up in the church, we have fond memories about that little church which remain within us.

I was born March 19, 1950 when we lived at 18 Randall street across the street from Gate One of the United States Naval Academy until I was six weeks old. Then we moved to 227 West Street. I was one of the first children baptized in our new church in the fall of 1950 by my Godparents, Efanthia and Psomodakis (See Photo 1-2). 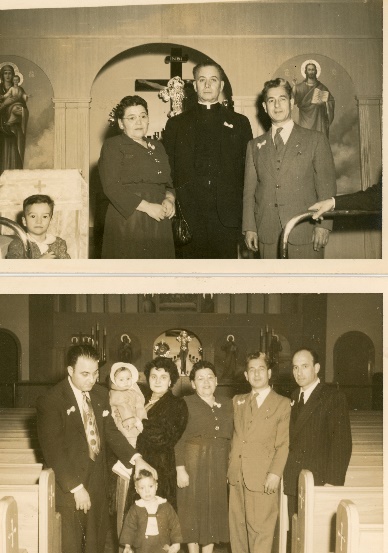 Our Pantelides homes, first the one on 227 West Street (See Photo 3) and then a later one on 10 Stehle Street (See Photo 4) were both around the corner from four Constitution Avenue. Both homes were a gathering place for family and friends after church. We housed out of towners and visiting priests and entertained newcomers and old-timers continuously. 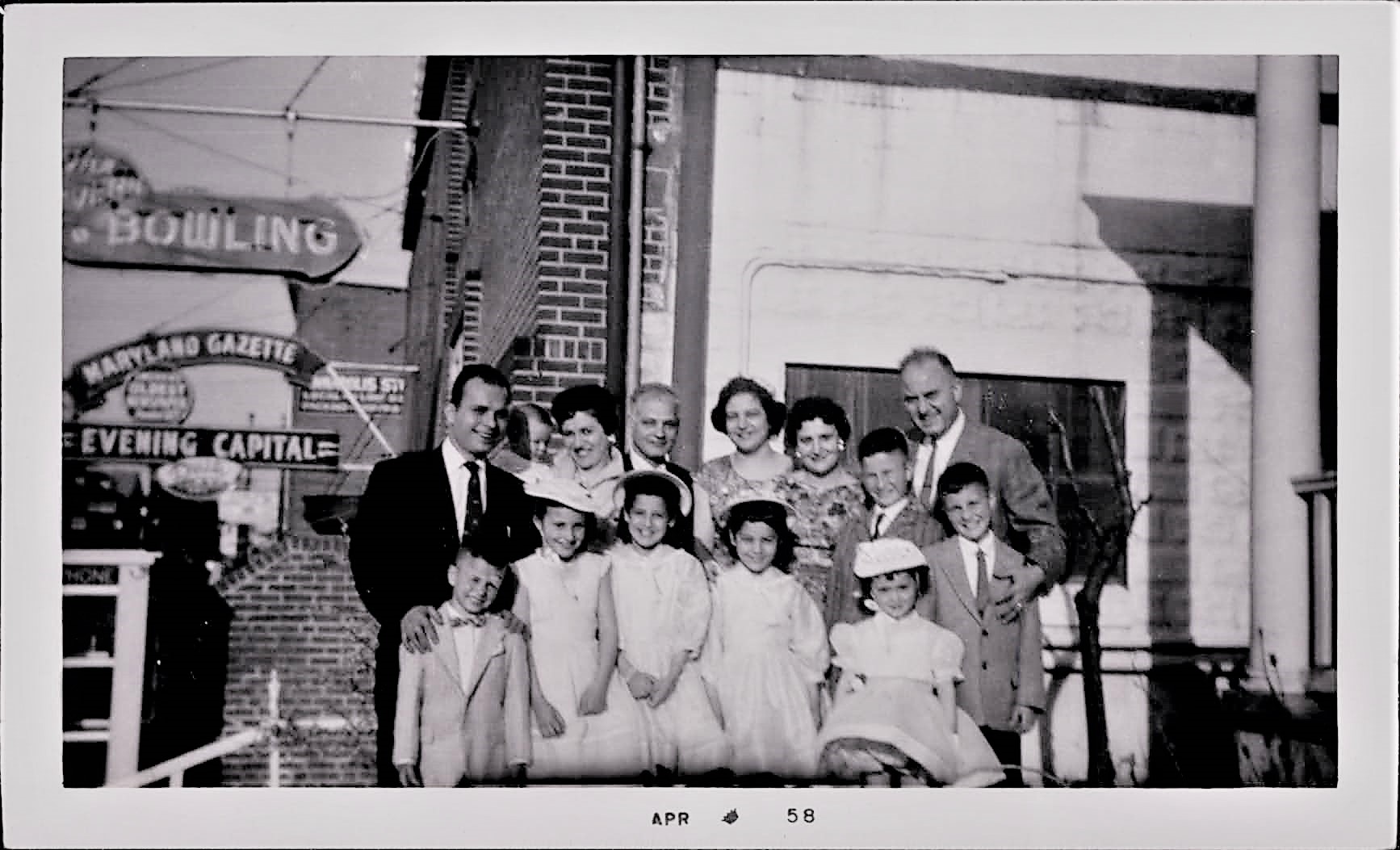 Four Constitution has been central to the construction of my identity and sense of being with the Annapolis Greek-American community. The church, and particularly the nave, or the large area of the church where parishioners gather, has much significance in my early life. It was not only there that I was baptized but also where I would continue to attend church with perfect attendance. It was on that platform area where I sang in the choir with my cousins Nikki and Anna and where we presented money to the church that we had raised as members of the Junior Greek Orthodox Youth of America (GOYA). In that same space, I received graduation awards from Sunday school and graduate school. The church hall was the space used for our “Greek School” which I attended after “American” School” until I was in sixth grade. In that hall, I recited my Greek poem every year for Greek School and attended church dances there along with my family and the Greek community. It was in that church where I would marry Ted Samaras, where we would baptize Jason Muir and Andrea Panos, and where our children, Costa, Lucas, and Athena would take communion. In that same area my Sunday School students would perform their Christmas pageant (See Photo 5). My father’s burial service was in that church as were so many of my dear relatives and church members who were so central to my upbringing. 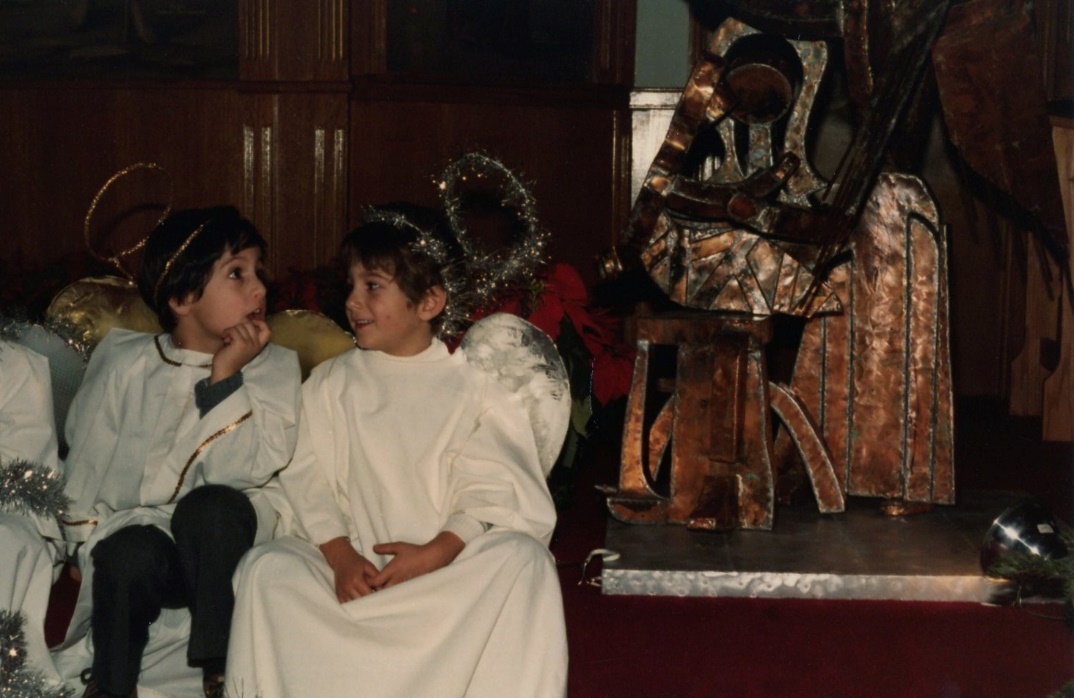 I raised my three children at 139 Archwood Avenue which was also around the block from the church. I remember racing back and forth from our home to four Constitution Avenue to take my children to church on Sundays and to take them and pick them up from the Greek School Parish House during the week for Greek school. They would study Greek language and culture passionately taught by Helen Sfoundouris and receive Greek school certificates presented by my brother Nicos Pantelides, who was President of the Greek school at that time, in the same church hall where my siblings and I attended Greek School (See Photos 6-7). 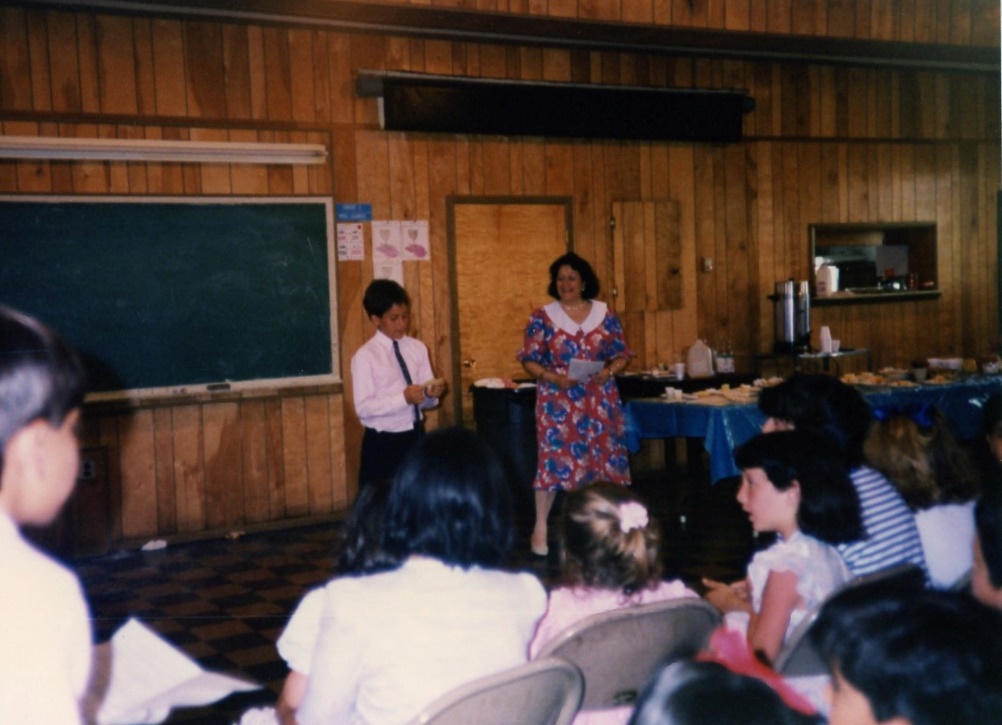 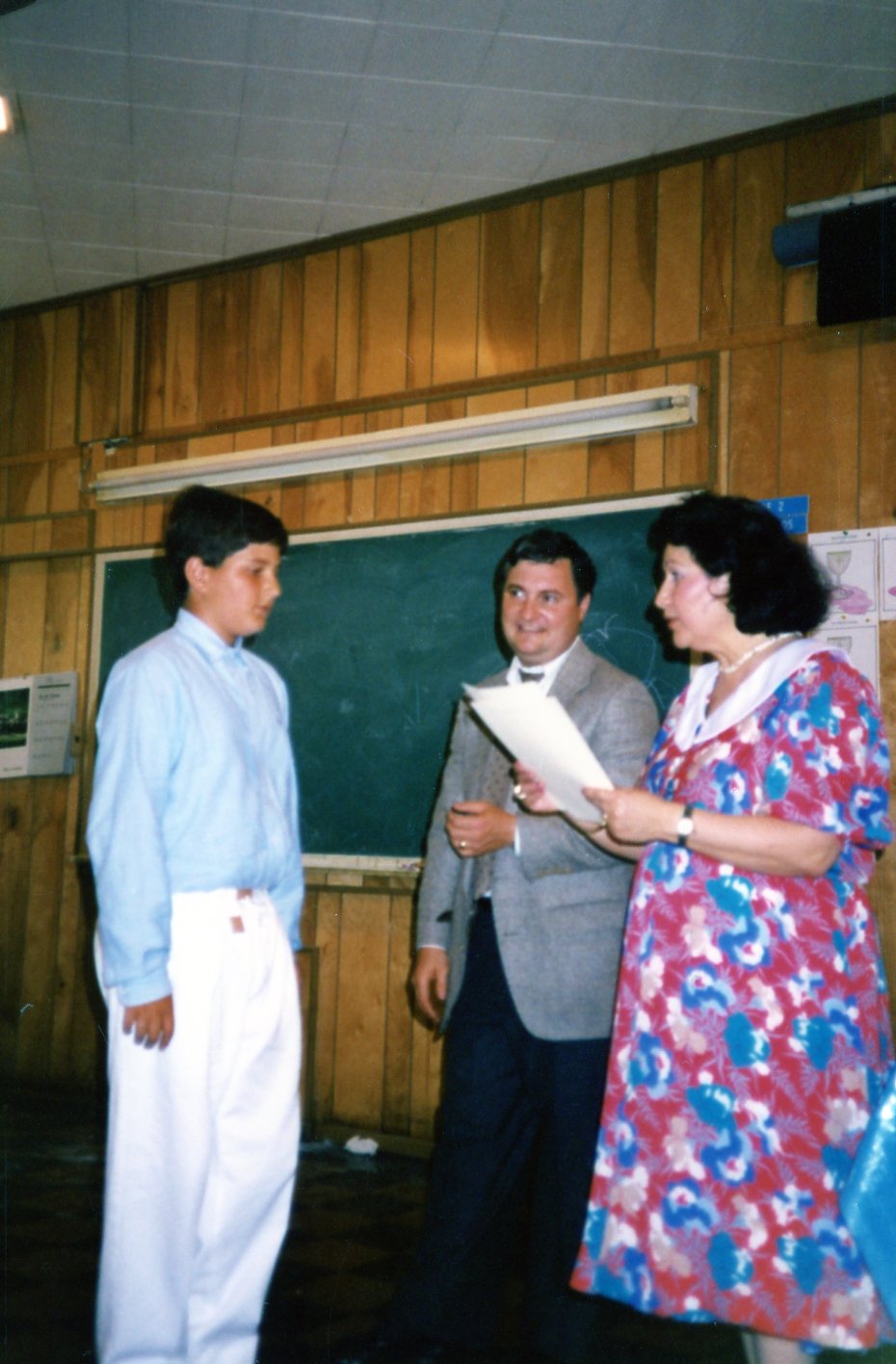 We would take our annual Easter church group photo on the church steps (See Photo 8). When the church grounds were not large enough to hold our church’s annual Easter egg hunt, our large yard at 10 Stehle was used. After the church photo, the children would scatter to the Easter egg hunt organized by the GOYA teens. The Stehle yard bustled with children running excitedly from the bushes and trees my father had planted to find the eggs.

As we outgrew our little church, we built a much larger church on Riva Road which was completed in 1996. Although our first church building is no longer at 4 Constitution Avenue, the founders of the church were successful. They gave us a sense of place with community. They could only dream of all that would take place there when they first announced, “Let’s get started!” 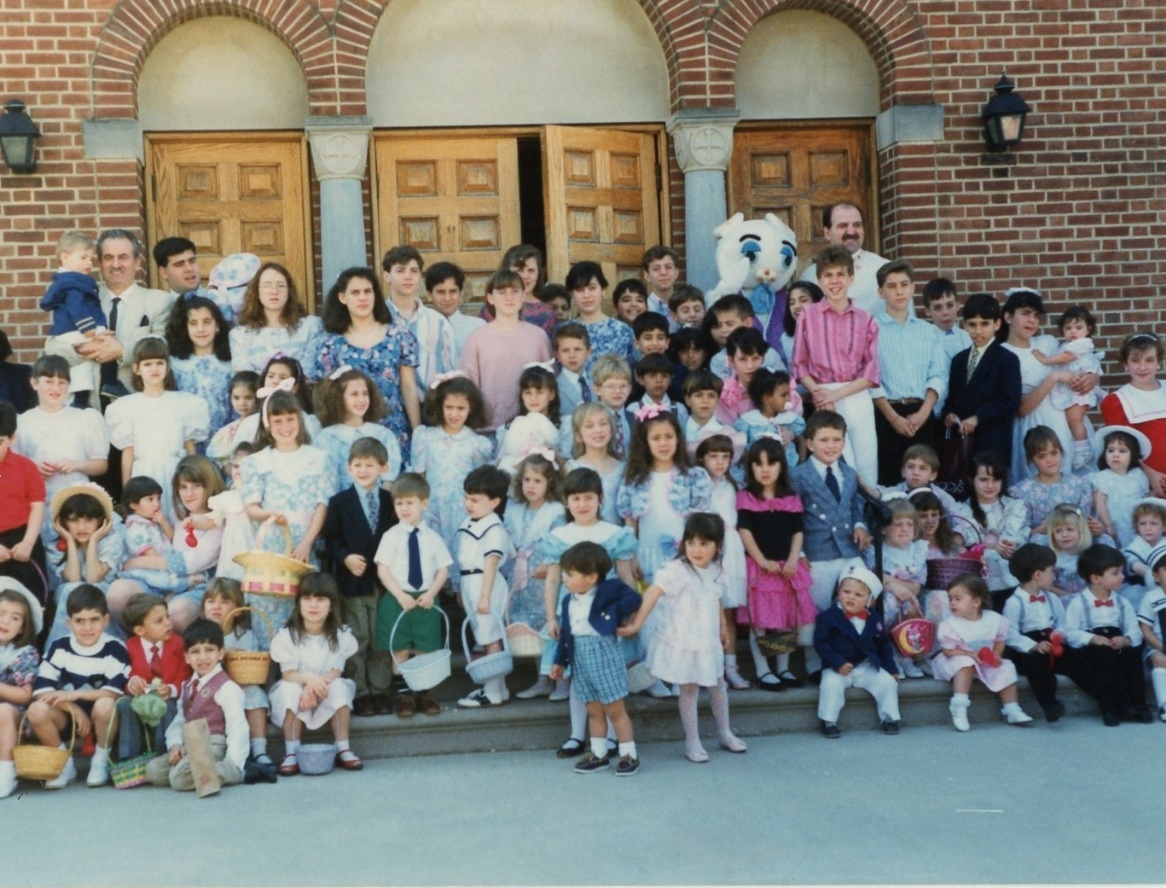