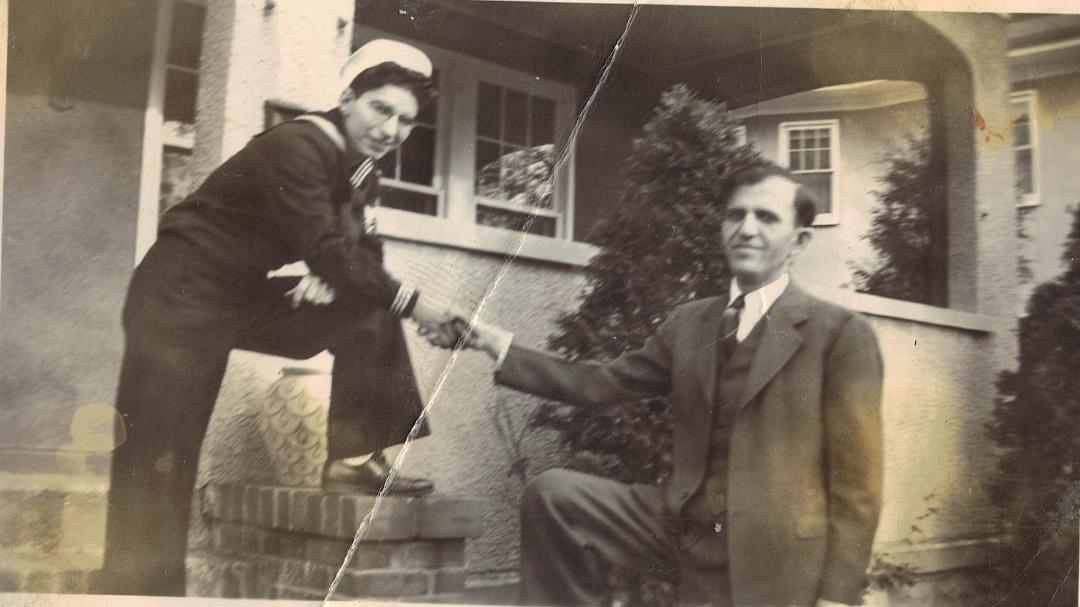 By: Ted and George Samaras

Also to cousin Mathew Balasis his WVA knowledge is incredible

This is a proud statement by Vlachi for hundreds of years, “I was born a Vlachos and I will die a Vlachos”. The story of Charlie Samaras starts in the in a remote beautiful mountain village in the Pindus Mountains of Greece, Ayia Paraskevi whose name in the Aromanian language of Vlachiko is Tsiorgia. The inhabitants of this village came down to the plains of Thessaly, city of Trikala, each fall because of the brutal winter weather conditions in their village to graze their animals and seek a better winter existence.

Four brothers from the village of Tsiorgia, the children of Nicholas and Agoritsa Samaras, Spiros, Theodore, George, and Peter, all immigrated to Annapolis Maryland during the early 1900s. George followed his brothers and first appears on the 1910 US census in Annapolis. He was a widower and brought his young daughter Angeliki, leaving two children in Greece to join in his family’s businesses.in USA. After a successful few years in the USA, George returns to Greece to marry to Daphne who together had a baby boy Nicholas. George with his bride Daphne and their three children Agoritsa, Constantine (Charlie), and baby Nicholas return on June 18, 1920 on the S.S. Themisticles to Ellis Island, NJ, after a 21 day ocean voyage from Piraeus. Also on this ship was the mail order bride of the brother Theodore. , Katherine Economou, who with her husband Theodore and their four children resided in Annapolis the majority of their lives. Katherine and Daphne (sister-in-law) were close friends their entire lives. Charlie loved his family who all worked through the tough times to make a success in America. His cousins, the Samaras children of Theodore and Katherine, had very special place in Charlie’s heart.

When George and family arrived Annapolis they were heartbroken to find out the daughter Angeliki who they had entrusted with one of the brothers, Spiro, and eloped with a navy man. Angeliki lived in Fresno California for her entire life with her husband who succumbed to vile treatment in a Japanese concentration camp during WWII. She never forgot her roots and was an active member of St George Greek Orthodox Church in Fresno.

After a short stint with his brothers in Annapolis, George opened a restaurant in nearby Cambridge Maryland in late 1922 where his son Chris was born shortly after arrival. Civil Rights archives verify that the restaurant owned by George Samaras in Cambridge was ransacked by KKK Klansmen and that KKK posted two of their members at the entrance of the restaurant to discourage patrons from entering. Records show that then Governor of Maryland Albert Ritchie (the longest serving Governor in the history of Maryland) upon learning of the KKK incident against the Samaras family ordered the local authorities to clean up the restaurant and to remove the Klansmen posted at the door. George felt that it was not safe for the family so he sold the restaurant leaving his teenage son Charlie to work with the new owner for six months.

After the Cambridge incident, George went back to Annapolis where, with his brothers Spiros and Theodore, records show that the trio bought and sold a number of restaurants and buildings in Annapolis as well as Manchester NH. Always seeking an adventurous investment, George and his brother Theodore headed to just outside of Orlando with their families to Eustis FL to open a restaurant with a family friend. After trying to make it in Florida, the brother were forced to abandon the Florida restaurant. A causality of this business failure was once again leaving the oldest son Charlie in Eustis until they could put together funds for a train ticket for him to join the family. George was planning to return to his base in Annapolis, when George had a second major disappointment in his life. His oldest brother Spiro had left for Greece after he had sold and cashed out of all family investments in Annapolis and elsewhere leaving his brothers to fend for themselves. Spiro never had to work again. It was more forty years later, the first encounter since Spiro had left America, at an emotional meeting in Trikala between Spiro, and his nephew Charlie (son of Spiros brother George) apologized for taking the family fortune.

George, turning to family once again went to Staunton Virginia where his first cousin Chris Samaras (son of Peter) had a huge restaurant, The Virginia Restaurant. Chris took George’s family in during the run up to the great depression for which Charlie, George’s eldest son, was always grateful. Then tragedy struck the family when George died on the streets of Staunton Va. where he is buried next to his cousin Chris Samaras.

It’s now 1929 Charlie is now the head of the family at age 21, looking over his sister Agora who married Charlie Alex in Clarksburg WVA, two brothers Nick and Chris, and Daphne his stepmom. Charlie paid for his brother Chris and his nephew George Alex to attend the Staunton Military Academy while working at his cousin’s restaurant. After working in Staunton for a number of years Charlie got a tip from a very good friend in Roanoke VA, Harry Chacknes. He told Charlie of a business opportunity in Pearisburg VA. Charlie purchased and operated the restaurant making enough to purchase an ongoing pool hall. When the Celanese Corporation opened a plant just across the bridge in Narrows VA, it was an instant boom for the businesses in Pearisburg.

There were Greeks in Pearisburg who had relatives in Anawalt WVA, one family had four single daughters. After a friend arranged a visit, he met Vasilia (Bessie) Genedopoulos and asked for her hand in marriage.

Bessie’s family story is one of poverty yet her family maintained the rich Greek culture that the elders brought from the Island of Milos in Greece. One of six children whose father and grandfather were coal miners. They were called “hunkies” a derogatory term for minorities and foreigners by those who did not want these people working in the mines. The family faced other discrimination brought by the mining companies who made life difficult for the miners who joined John L Lewis United Mine Workers. The Mining Companies owned the homes of the miners turning off the utilities of those like John Genedopoulos (Bessie’s dad) when he joined the union. A little known fact is that Mining Companies did not pay the miners in US Currency instead they paid in “script” only redeemable at the Mining Company Stores. The plight of miners was well documented and was the cause of the miners’ rebellion which cause the darkest day in the history of America. Only once in the history of this great country did the US Military attack our own citizens. During the Battle of Blair Mountain the Army and National Guard bombed and attacked miners because of the labor dispute. The Genedopoulos family moved from Gary # 6 to Jenkin Jones and eventually to the Anawalt all company towns. Bessie often recalling that in Anawalt the family had a secret garden hidden in the mountains which provided the vegetables for canning to survive the winter. She vowed never to can a single mason jar ever again.

Charlie married the love of his life Bessie in Roanoke VA 1941. Charlie sold his businesses and moved to Annapolis Maryland. They honeymooned in Smith Mountain Lake in Virginia was later made famous when featured in the movie, Dirty Dancing. 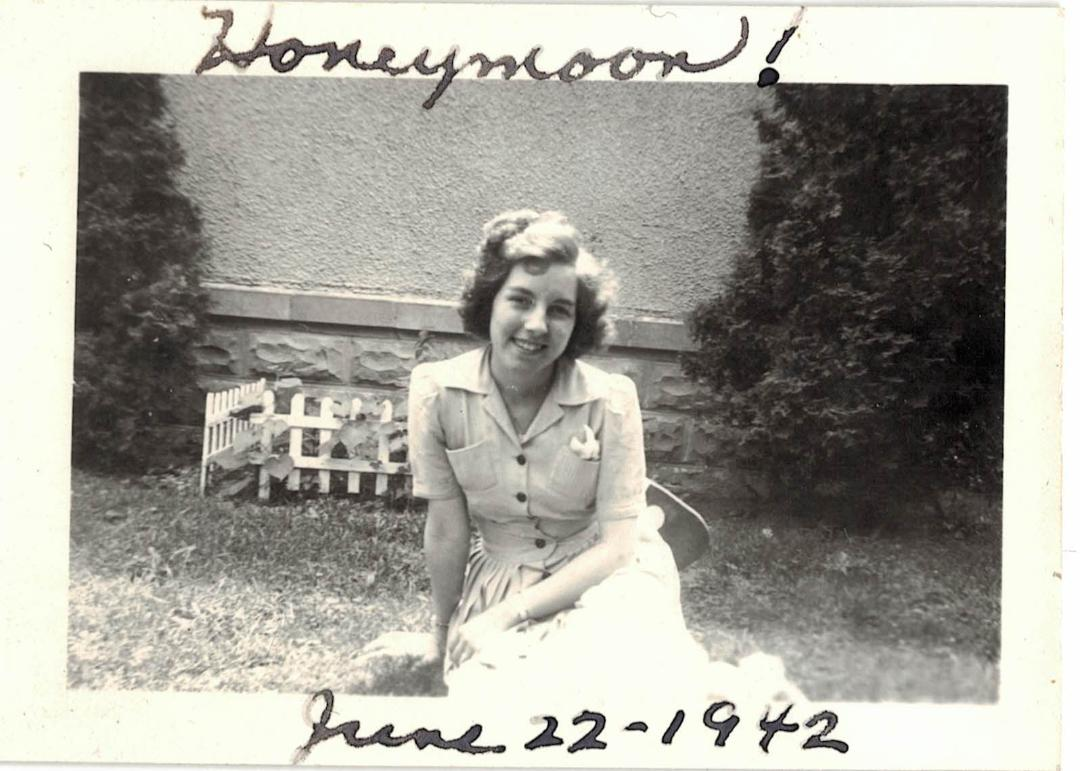 When the couple arrived in Annapolis, they lived in an apartment house on the corner of West and Larkin. Other residents in that apartment building were the Alvanos and Leanos families. The couple’s two children George and Theodore were born and raised there. Charlie lugged a block of ice three flights of stairs regularly and until his death he referred to the refrigerator as “the ice box” Later the family would purchase a home at 115 Conduit Street. Living in the same vicinity, were the Alvanos family two doors down, Brother Nick Samaras and wife Christine across the street, Brother Chris and his wife Mary around the corner, and the Palaigos, Pappas, and Nichols families also in the neighborhood, a family and Greek enclave.

Jimmy Economou sold the Boston Dairy on West Washington Street to Charlie who would operate the restaurant as the Victory Lunch Restaurant with Yiayia Daphne. Chris would join in at the restaurant after he returned home from WWII. In today’s context it is difficult to image an all-black client restaurant owned and operated by non-blacks

The Greeks of Annapolis started to meet frequently at the Severn Inn with the goal to establish a Greek Orthodox Church in Annapolis. The generous donation of land for the church on Constitution Ave and the cemetery in Parole by the Mandris family coupled with financial pledges from the original 14 families built the church of their dreams. A fact that should be noted most if not all were restaurateurs. Some were direct competitors but all had the shared vision of the church community they wanted for their families. The Annapolis Greeks traveled for years to the Cathedral of Holy Annunciation in Baltimore and attended St Anne’s Episcopal Church in Annapolis, the only other religious church that the Greek Orthodox Religion recognizes communion given to the Orthodox faithful. The Charlie and Bessie would be actively involved in the construction on the Greek Church on Constitution Ave as well as the initiation of the Ladies Philoptochos Society. Both serving on boards and leadership as well as, dance committees, festival chairs, supporters of the Greek School, Sunday School, and Ahepa. 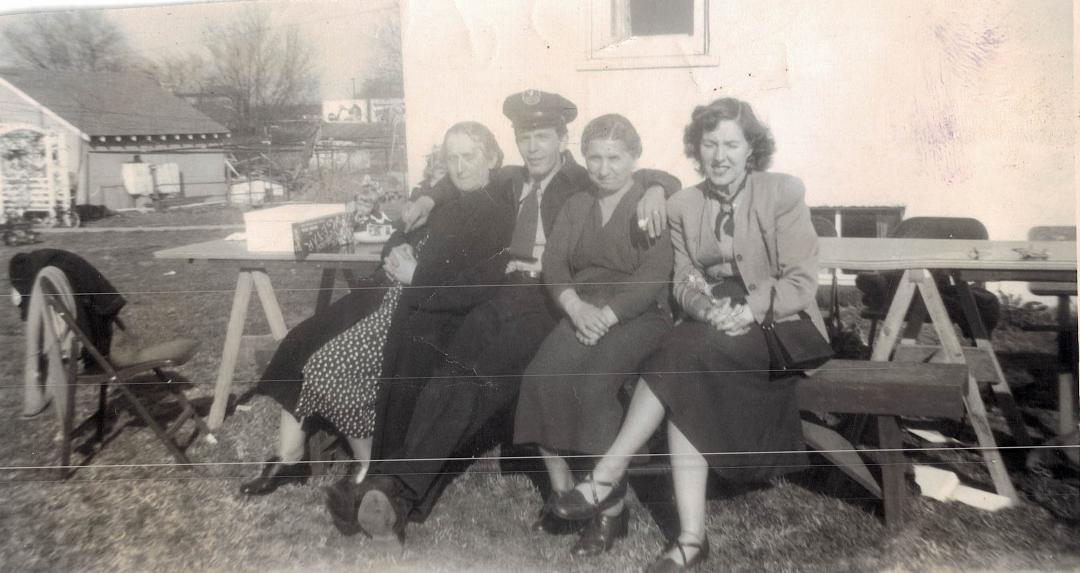 In 1955, Charlie and Chris purchased a country grocery store La Chappelle just outside of Annapolis. The name was changed to C & C and operated continuously for more than 60 years as a grocery store, butcher shop, bar, and liquor store. C & C was an institution on the Annapolis Neck Peninsula. Over the years the brothers acquired 5 adjoining properties. The ladies Bessie and Mary (Chris’s wife) continued the operations for years beyond the passing of their husbands and was considered one of the best women owned businesses in Annapolis.

December 2021, the Samaras Family sold the property for the construction of a Lidl Supermarket, the largest supermarket chain in Europe. Two trees with diameters of over four feet will be preserved on the property, they have been properly named “Charlie and Chris”.

This story is dedicated to Charlie an immigrant from Greece and his love Bessie a Coal Miner’s daughter who lived a life dedicated to family and church. Charlie and Bessie sons Ted and George and their wives produced 18 grandchildren, 17 great grandchildren plus one on the way