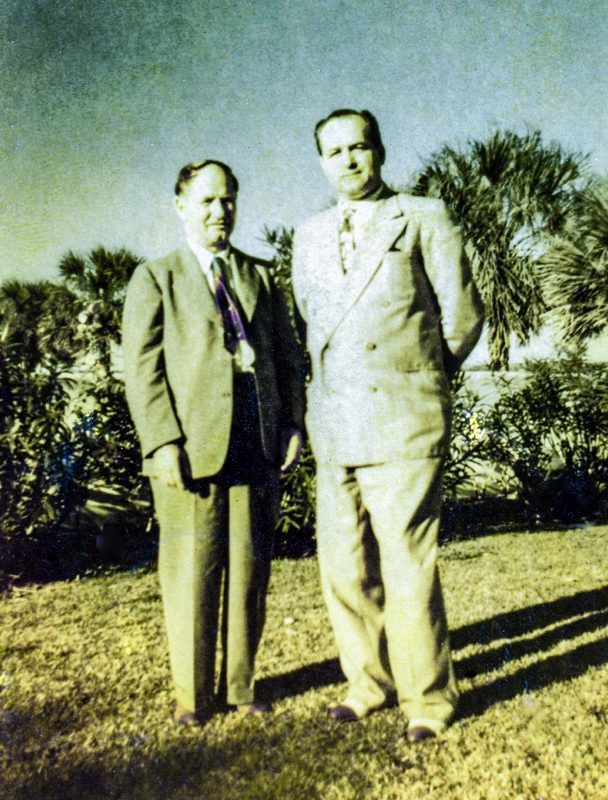 Members of the Foundas family immigrated to the United States from the village of Gardiki, Trikala, Thessaly, Greece. There were eight siblings all together, three brothers and five sisters. Two of the brothers, Constantine (Gus) and his younger brother Sotiris (Steve), came to Annapolis in 1918. Gus was born in 1877 and Steve was born in 1891. Once in Annapolis they made a significant impact on the Greek community as well as the larger community of Annapolis. Gus passed away from tuberculosis in 1941, and Steve went on to become an instrumental founding member of the Greek Orthodox church in Annapolis. Though he came to the United States as a young immigrant who didn’t know English and had little education, Steve became a successful businessman through dedication and an extreme work ethic. He owned the Annapolis Restaurant on Main Street, a restaurant on West Street known as the Royal Restaurant, the Chrysler automobile dealership on Conduit Street and the Maryland Parking garage, currently known as the Hillman garage. In addition to these businesses, Steve Foundas was a real estate investor and developer with properties in West Annapolis, Downtown Annapolis and Bay Ridge. He developed properties to meet a need for the housing of naval personnel as well as State politicians and employees. In 1953, Steve was targeted by a former employee who “had a vengeance against Foundas” after being fired for theft. He survived a murder attempt by the ex-employee in February of 1953, spending the next six to seven weeks in the hospital. 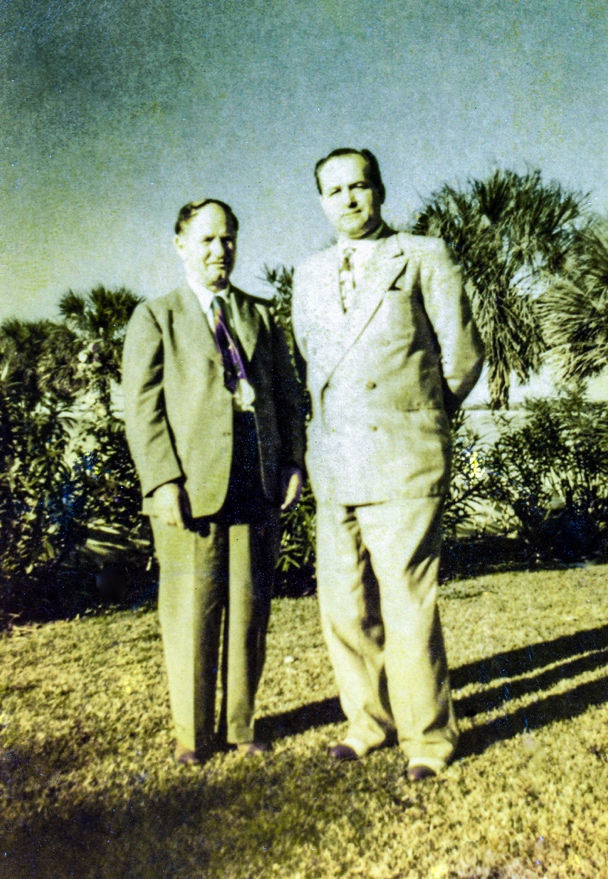 The early Greek American community in Annapolis was eager to build a church of their own and Steve Foundas was instrumental in these efforts. It was Steve Foundas who contributed the land for the original church on Constitution Avenue and gave the largest donation of $50,000 (a tremendous amount in the 1940s) toward construction of the first Greek Orthodox Church in Annapolis, in 1949. Due to his generous and instrumental financial support, Saints Constantine and Helen were chosen as the patron Saints of the church in remembrance of his older brother Constantine.

Although Steve Foundas never married or had children, he had a large extended family including several nieces and nephews. He generously supported many in their transition from Greece to the United States and others who remained in Greece. Some of his nieces and nephews included George and Paul (Ephthimios) Alexiou, Demetra Stylianopoulos, the Characklis family, as well as Athena (Nitsa) Katcheves and her son Steve Katcheves (see following entry on The Katcheves Family). Steve Foundas, who died in 1959, will be remembered as a founding member and instrumental financial supporter of the Saints Constantine & Helen Greek Orthodox Church in Annapolis. 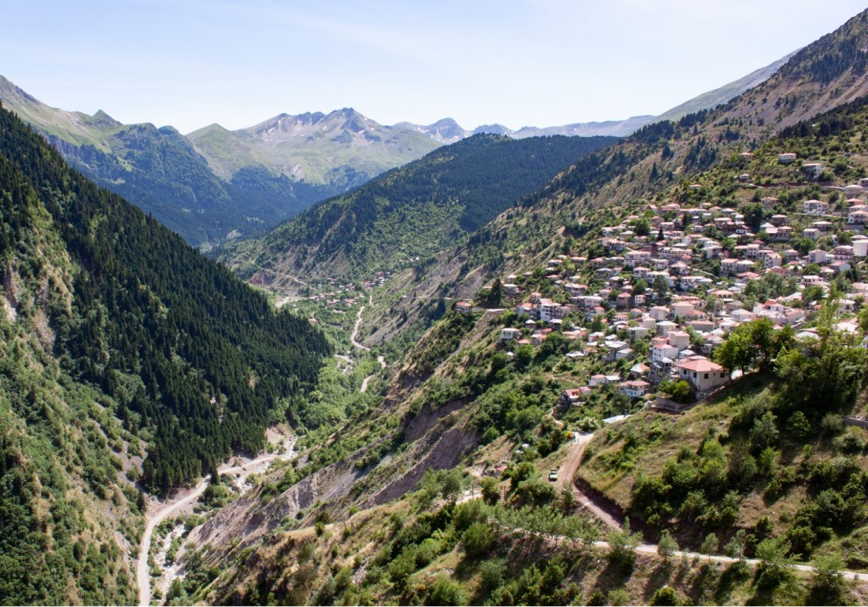 The Foundas brothers along with other immigrants from the northern region of Thessaly, villages surrounding the Aspropotamos (“white river”), formed the council of Aspropotamos. Villages in the surrounding area included the Gardiki, Agia Paraskevi (Tzourgia) and Athamania (Moutsara). The council would meet for an annual festival in the Annapolis area around the 15th of August in celebration of the Dormition of the Virgin Mary. 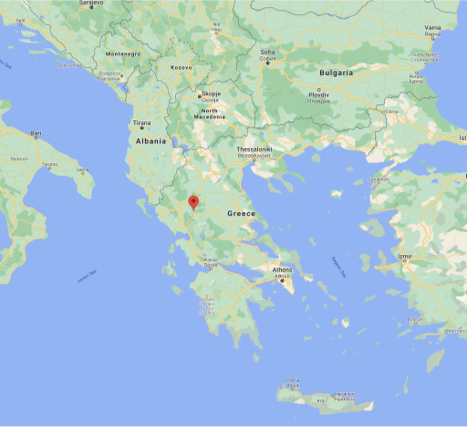 The Gardiki is a rural mountain village in the Greek region of Trikala, Thessaly with an elevation of 3,710 feet. The Gardiki residents were known as “Vlachi” and spoke both Greek and the Vlachi dialect. They would spend six months during the warm season in the Gardiki mountains and six months during the cold season at the base of the mountain and surrounding towns. In the Gardiki, the residents lived in stone made homes with no plumbing or electricity. The men were shepherds that would stay at the mountain peak with their sheep while the women spent their time knitting and making other crafts for sale. They would make handmade wool goods, milk, cheese, and butter from the herded sheep to sell during the cold season in the towns. At the base of the mountain, village life was also simple and harsh. Families typically lived ​in small huts, hand made from clay and sticks, with no plumbing or heating. Entire families would sleep in one room. The children would walk to school if they were privileged enough to attend school, rather than working at a young age. Some children would work during the day and go to school in the evening. Men continued their roles as shepherds, or farmers while the women would stay at home raising the children, working looms and knitting. ​ 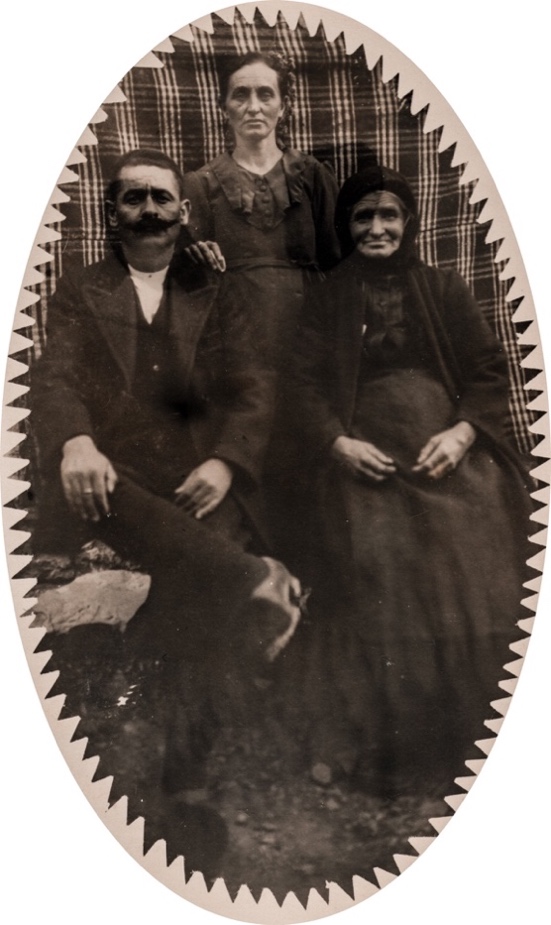 One of Gus and Steve Foundas’ sisters, Dimitra Foundas Gyftakis, had one surviving child, Athena (Nitsa). Nitsa was born in 1910 in Gardiki, Thessaly, Greece. She married Vasili Katcheves, also hailing from the same village. In 1940 Athena gave birth to fraternal twins, a boy and girl, Steve and Efthemia. Shortly after, she suffered the loss of her daughter and was widowed at a young age. Athena and her son, Steve Katcheves, would eventually come to the United States with the help and support of her uncle Steve Foundas who had already immigrated to Annapolis, Maryland. ​

Nitsa and her son Steve left the village in Gardiki to start their new lives in Annapolis in 1954. They were immediately immersed in the Greek community. Steve’s lifelong commitment to serving in the church was evident at a young age, serving as an altar boy as a teenager. He would go on to enthusiastically support the church in multiple capacities throughout his life.

Steve, despite not knowing English, attended Annapolis High School where he was a standout soccer player. He worked multiple jobs while attending school and graduated Annapolis High School in 1960. Steve spent his teenage years working at G&J restaurant on Maryland Avenue among other jobs. He went on to play soccer briefly at the University of Baltimore but had to leave prematurely due to other obligations. In the summer of 1965, Steve’s life would change while on a trip back to Greece. 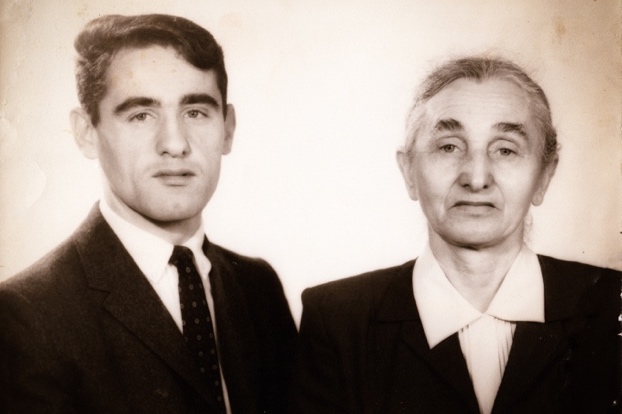 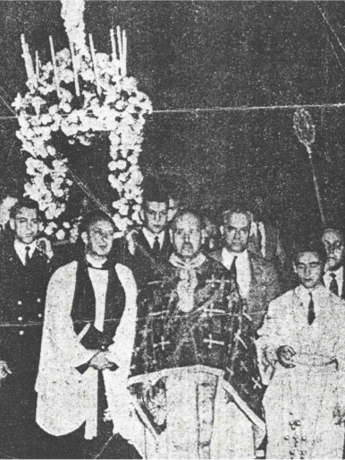 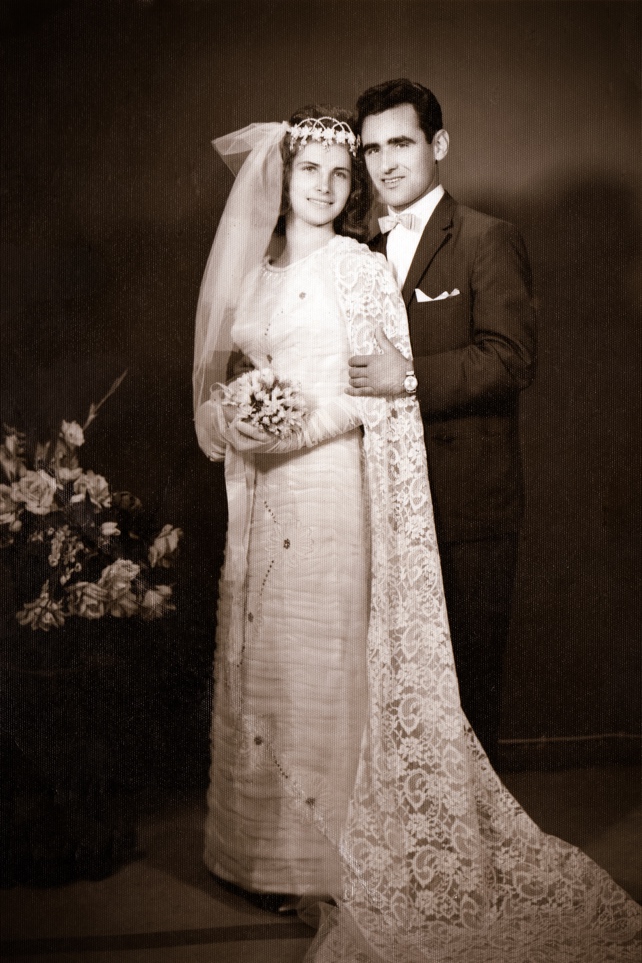 Steve And Stella Katcheves on their wedding day, July 25 1965

During his trip to Trikala, Greece in 1965, Steve met Styliani (Stella) Deris. They were introduced through a meeting arranged by Stella’s uncle. Steve was 25 years old and Stella was 18 years old, having recently graduated from high school. The couple was promptly married only twelve days after meeting and Stella moved to the United States to join her husband three months later, upon receiving her visa.

Stella and Steve were early and active members of Saints Constantine & Helen. Steve began by serving as an altar boy as a teenager shortly after arriving from Greece. Steve served on the church’s Parish Council for many years and was a longtime member of AHEPA. He enjoyed his duties as an usher during Sunday services. Steve took it upon himself to greet new visitors to the church and his welcoming nature was remembered by many. 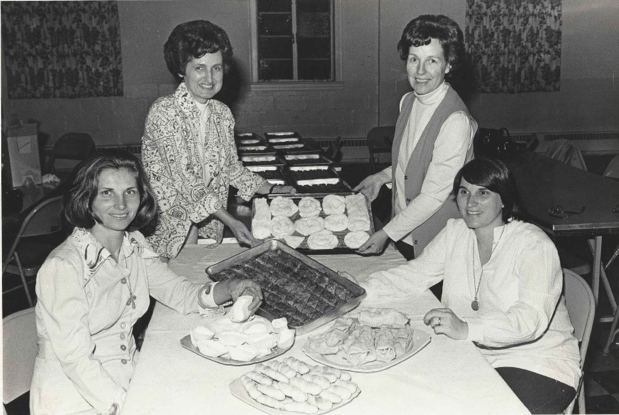 Stella joined the church and the Agia Anna Philoptochos as a young woman upon arriving in Annapolis. Stella found her social center there, bonding with the other Greek ladies of the community, many of whom had also immigrated from Greece. Stella had no relatives in the United States and credits her cooking skills and other lessons she learned to the wonderful women of the church, in particular some of the older ladies who befriended her in her teens and early twenties. Stella always held in high regard the value of philanthropy and helping others. Stella was the longest serving President of Agia Anna Philoptochos, serving for nearly twenty years. Stella also served on the Board of the New Jersey Metropolis Philoptochos Society. Additionally, she spent time serving on the Parish Council of the Church, serving as GOYA advisor and as Greek School president. At the time of this writing she continues her philanthropic activities, serving as President of the Children’s Agape Foundation of the Greater Washington, DC Metropolitan Area for the past twelve years. The Agape foundation is an organization that financially assists families of the Orthodox faith who have sick children, helping to pay their medical related expenses. 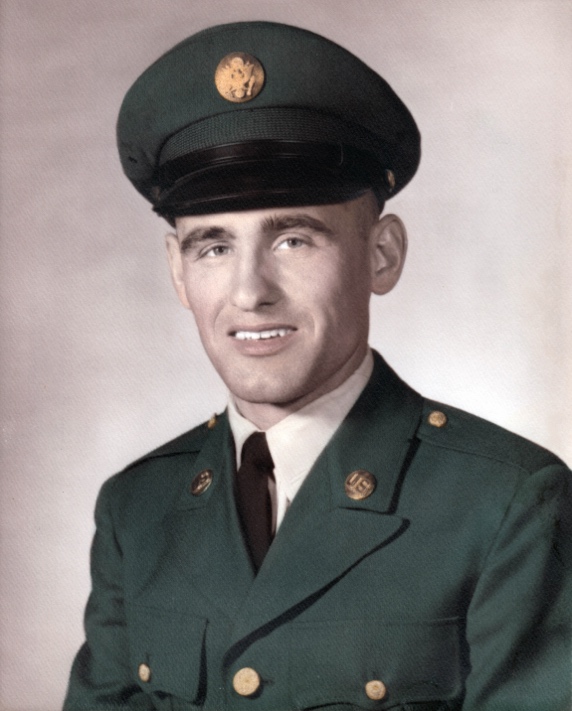 In context of the larger community, Steve was drafted to serve in the United States Army and served in active duty during the Vietnam war. After his service was up, Steve remained enlisted with the Army Reserves for twenty years until retirement as Sergeant in 1993. Steve served as youth soccer coach and was awarded the title, the “father” of PAL soccer (Peninsula Athletic League). He was a member of adult soccer leagues throughout his life and refereed games during his retirement. He retired from the United States Postal Service in 1999. Stella meanwhile, worked in the real estate industry as a realtor, and later as a residential appraiser. 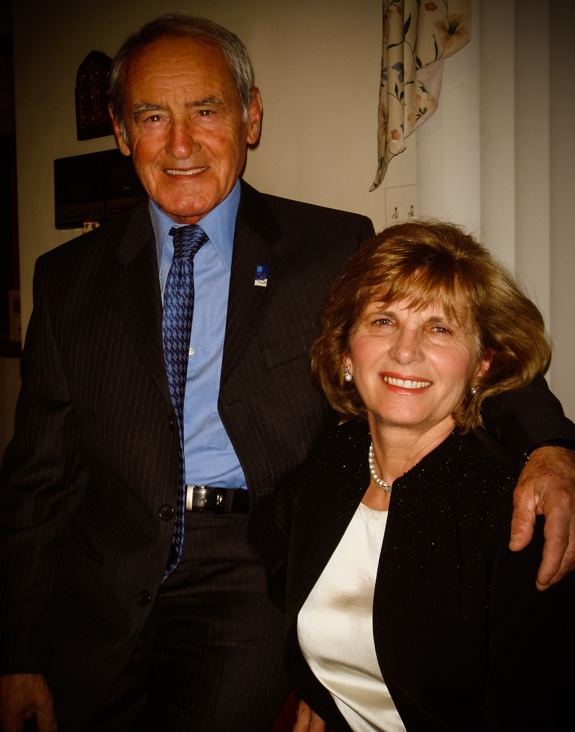 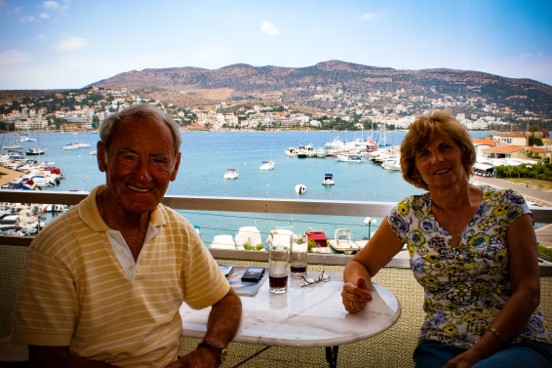 Steve and Stella frequently traveled to Greece throughout their lives, spending many summers there with their children. In their retirement they would spend summers in the beach town of Porto Rafti, Greece, while visiting relatives. Mostly though, they enjoyed spending time with their grandchildren. Steve was an avid sports enthusiast throughout his life and one of his most memorable experiences was when he volunteered at the 2004 Summer Olympic Games in Greece. He served as a Games and Events Host, meeting dignitaries and others from around the world. He had the time of his life, as everyone who knew Steve knew how social he was, how much he loved sports and mostly how much he enjoyed conversing with people of all backgrounds. Through Steve and Stella’s hard work, they were able to afford their children opportunites for success that they would not have otherwise had, and this was their proudest achievement. A true-life realization of the “American Dream”. Steve passed away in 2009 at the age of 69.

Steve and Stella had three children all of whom are married, Basil (Bill) to Tina Katcheves, Athena to Gregory (Greg) Alexandrides, and Alexander (Alex) to Emily Katcheves. They all have children of their own now, attending Saints Constantine & Helen, and raising their families in the community that their parents and ancestors played a large role in shaping.