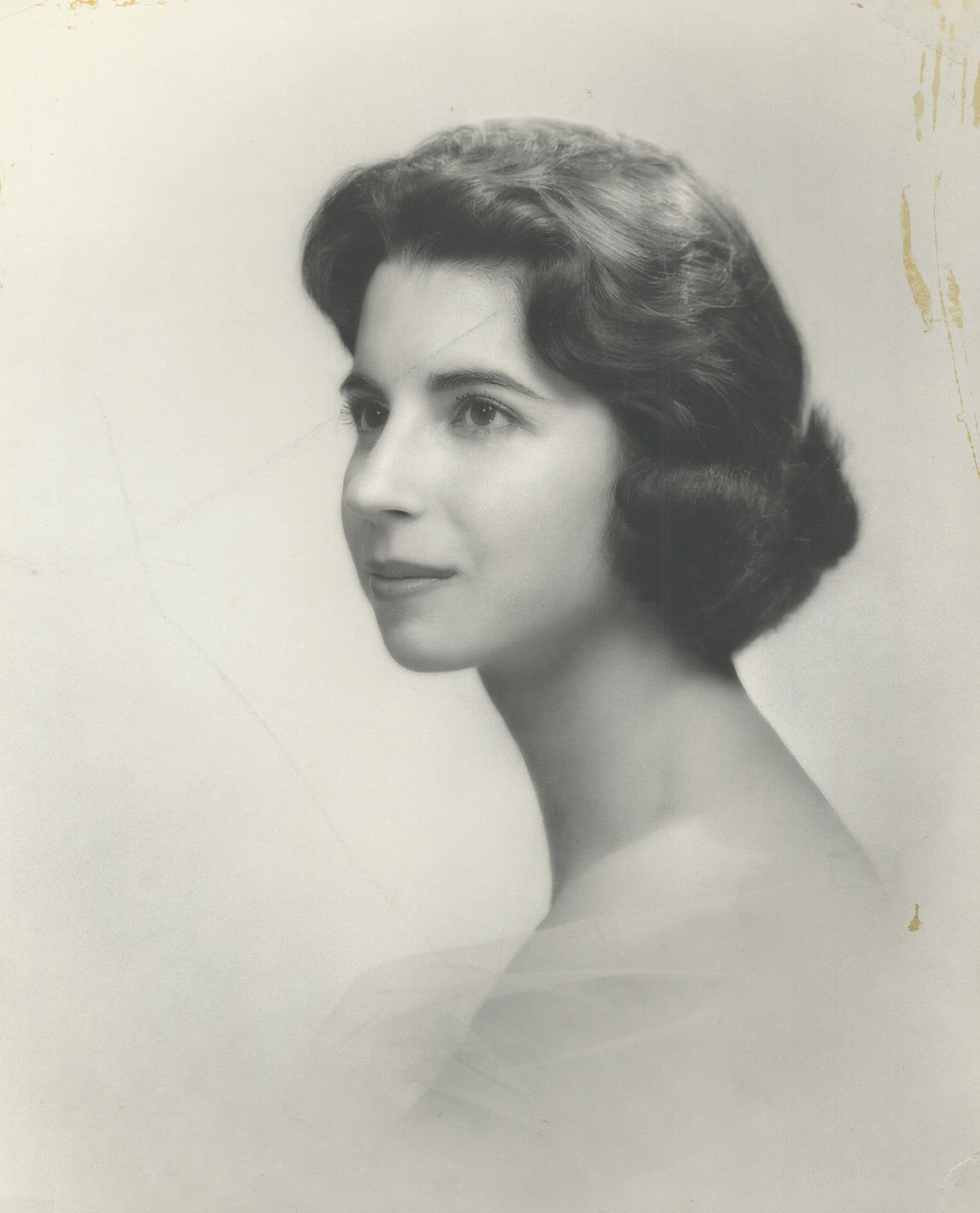 By: her daughters Maria, Karena, Diana, and Tara and nephew Ted Siomporas

Georgia Samaras was born May 16, 1937 to Theodore and Katherine (Economou) Samaras, in Annapolis, Maryland. 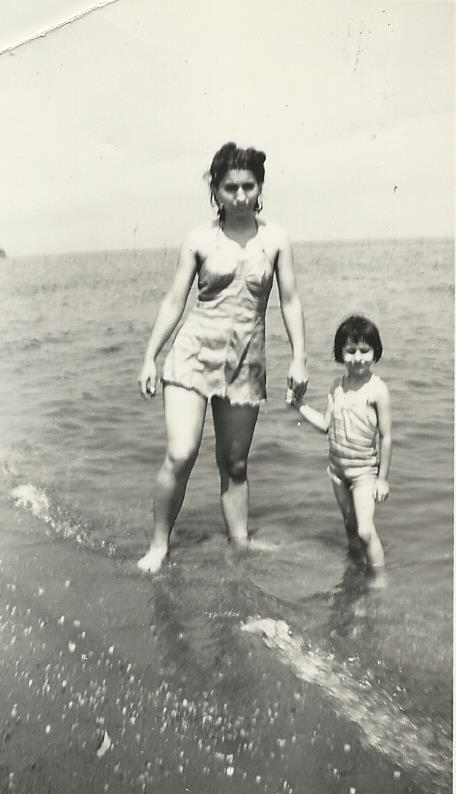 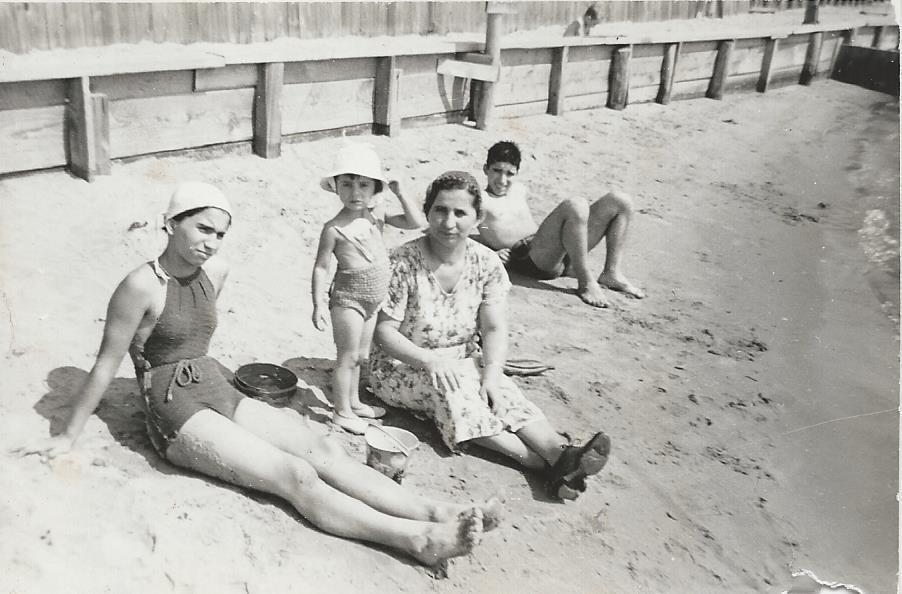 At the time of her birth, the Samaras family resided in a small house on Dean Street. In 1941, the Samaras family, with toddler Georgia in tow, moved to the “suburbs” of the Homewood area, at 9 McKendree Avenue. Georgia’s father Theodore Samaras, with family help from Georgia’s mother Katherine and her teenage older siblings Nick, Evangeline, and Anna, operated the Park Lunch diner on Calvert Street in downtown Annapolis. 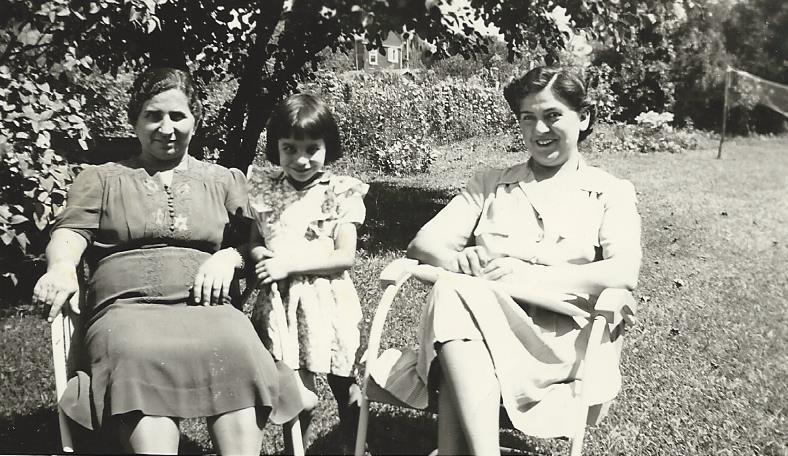 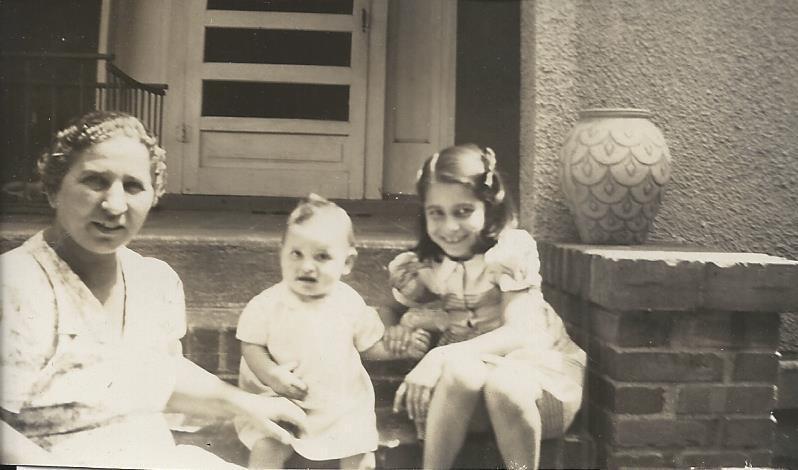 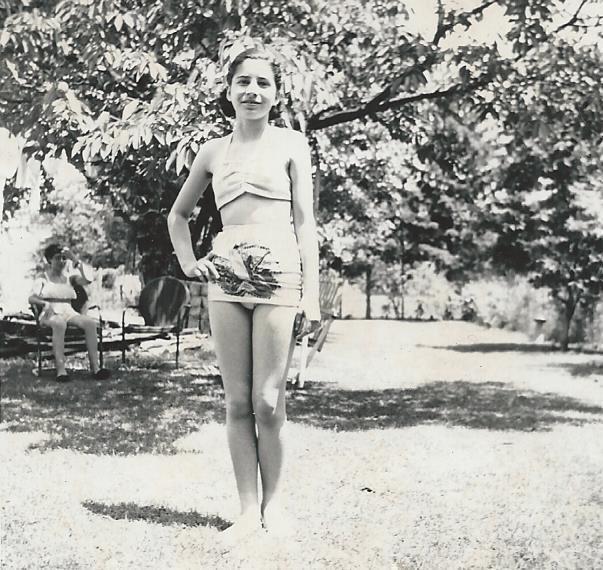 Tragedy struck the family on November 24, 1942 when Theodore was struck down at the relatively young age of 55. 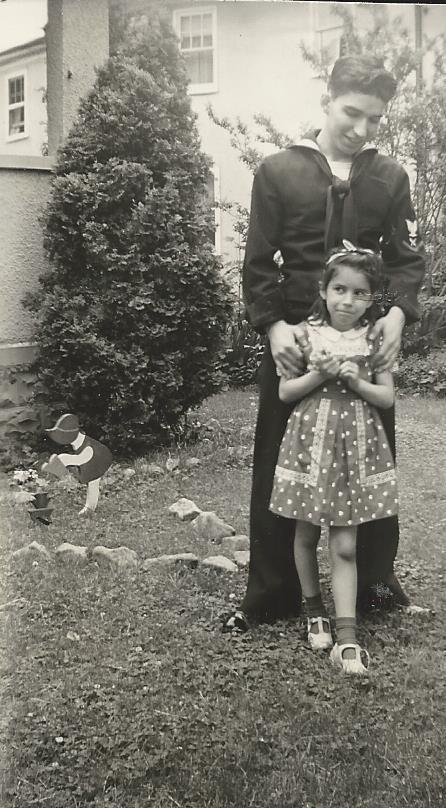 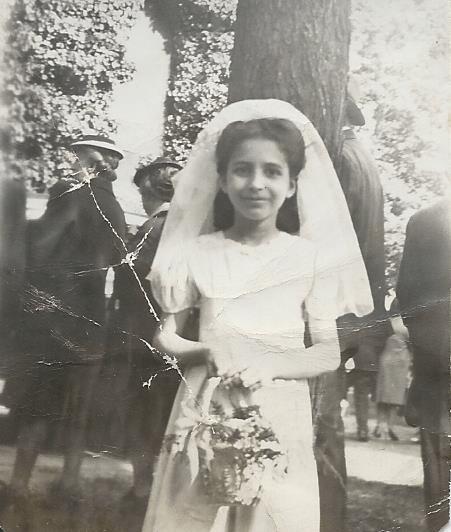 As a young member of the Annapolis Greek-American community, Georgia’s closest friends were her first cousin Leah Demas and Carolyn Sterago. As her group matured, Georgia and friends helped form the Annapolis chapter of the Greek Orthodox of America (GOYA). 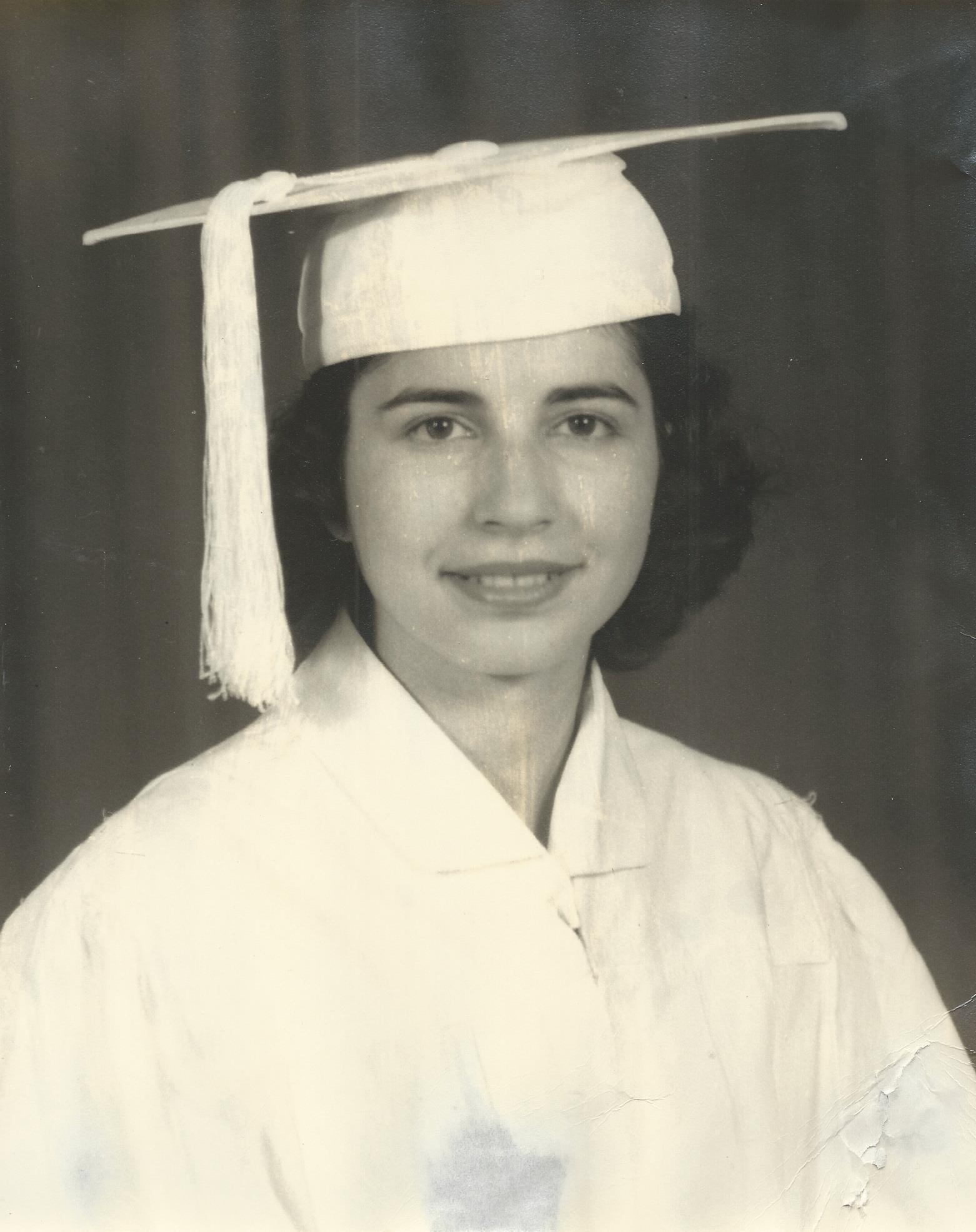 After graduation from Annapolis High School, Georgia took a secretarial job at the United States Naval Academy, where she met Jim (Sotiri) Liakos, a midshipman from Modesto, California.

After graduation from Annapolis High School, Georgia took a secretarial job at the United States Naval Academy, where she met Jim (Sotiri) Liakos, a midshipman from Modesto, California.

After two years of dating, Georgia and Jim were married at the Naval Academy Chapel in June 1960. 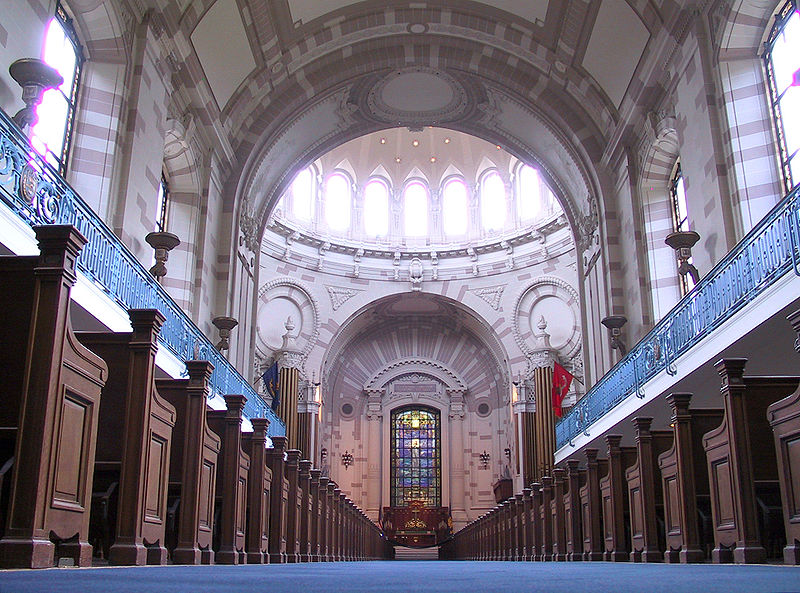 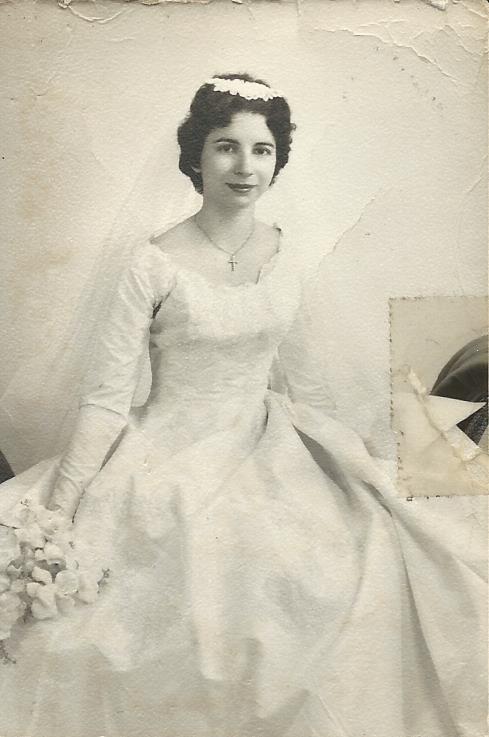 As a US Naval Officer, Jim was required to relocate and to serve at sea and in Viet Nam. Georgia and Jim moved to Modesto, then Athens (Georgia), then Seattle, then back to Annapolis with their first child, the toddler Maria.

Georgia was a woman of strong faith and “the closest thing to a saint” ever known. Her absence leaves a hole in all of the hearts of her loved ones.

Georgia was kind, ever forgiving, loving and self-sacrificing, especially to her daughters. Georgia had a gentle but strong spirit and loved God with her whole heart, interceding for others on a daily basis. Georgia witnessed her faith to strangers, even though Georgia was extremely shy by nature.

Georgia was raised in the Greek Orthodox faith which Georgia always held dear in her heart, but also joined a nondenominational Christian Church in her later adult years to expand her knowledge of the Bible, and further grow her faith. Georgia opened her heart and her home to anyone in need, including the friends of her children (some that could be viewed as unsavory!), as well as to individuals in trouble with a need for temporary but sometimes prolonged respite. Georgia stood by her family through many challenges and never abandoned her faith in God or her loved ones.

Mom was famous for “girl’s trips” including day trips with all of us, plus YiaYia, Evangeline and Anna. I remember frequent road trips to Florida to visit Evangeline and Tom, as well as trips to Disney World, Gatlinburg, and Myrtle beach. We’d all pile in the van and pray the vehicle would make the trips to and from our destination without breaking down, which happened several times.

As a single mother, Georgia raised 4 daughters and at times worked 3 jobs to provide for the family’s needs, as well as for an occasional special trip to Disney World, which created such lasting memories. Georgia was also an amazing Yiayia, who helped raise (and spoil) all five of her grandchildren, including several that lived with her. This was in part due to her “overprotective Greek mother instinct” but Georgia told her daughters that she couldn’t imagine loving anything more than her own children, until Georgia had grandchildren, and didn’t trust their care to strangers!

One of many memories of our road trips/vacations, with Thea Anna & Yiayia in tow, typically would be how nice, no matter where we were we would sometimes seek out model homes and go check them out. Even as kids we loved looking at model homes. Also the many furniture outlets we go to in Hickory, NC and as kids we loved that too and furniture outlets were a great place to play hide & seek. Also we would always find a nearby mall and back then there weren’t as many malls around so we looked forward to that. Gatlinburg, TN was where we had a lot of great memories and of course Disney World.

Mom loved Greek music and dancing Greek, going back to her GOYA days. She was a wonderful cook and loved to entertain which she did frequently as a Navy wife, and later with family and friends. She opened her doors to anyone we brought home! She loved to travel but was terrified to fly, preferring to drive or take a train, which she loved. She preferred the mountains over the beach. Once, I surprised her with a trip to St. Thomas and she initially refused to go, but ultimately agreed after I medicated her!

Mom was truly my best friend. We always spent so much time together. Those memories can never be taken from me.

Since I was born on Mother’s Day, 4 days before her birthday, I used to tease her that I was the best present she ever got! She agreed! But I told her I was just kidding; it must have been rough being in labor on Mother’s Day. She said it was no big deal; I was her third baby so it was easy.

And she’d laugh because I looked so much like Dad. She’d say : “Yeah, I’m not really your mother but he’s your father” I told her that wasn’t funny

She also said she would have had more kids if she could have. She always loved young people. And my best friends loved to come hang out at our house and would say they wished they were part of our family. They adored Mom.

Animals adored her too. Once a stray cat stared at her and was trying to jump into the car with her. And one time while we were on vacation we went to a petting zoo. A goat that she petted followed her all around!

I teased her that animals knew a sucker when they saw one.

And I loved that she never sent us to summer camps. She said she actually liked her children and wanted to be around us, not send us away.

We laughed a lot. She was truly the most amazing woman and mother.

Georgia was also nicknamed “the pied piper of animals” as furry creatures always seemed to gravitate towards her.

Georgia, the last surviving of the Samaras family generation from the 1920s-30s was revered, respected, admired and adored by her Annapolis extended family, led by niece Joanne Brew and nephew Ted Siomporas, and their children and grandchildren. Her Godson was her great nephew Richard Thomas Siomporas. 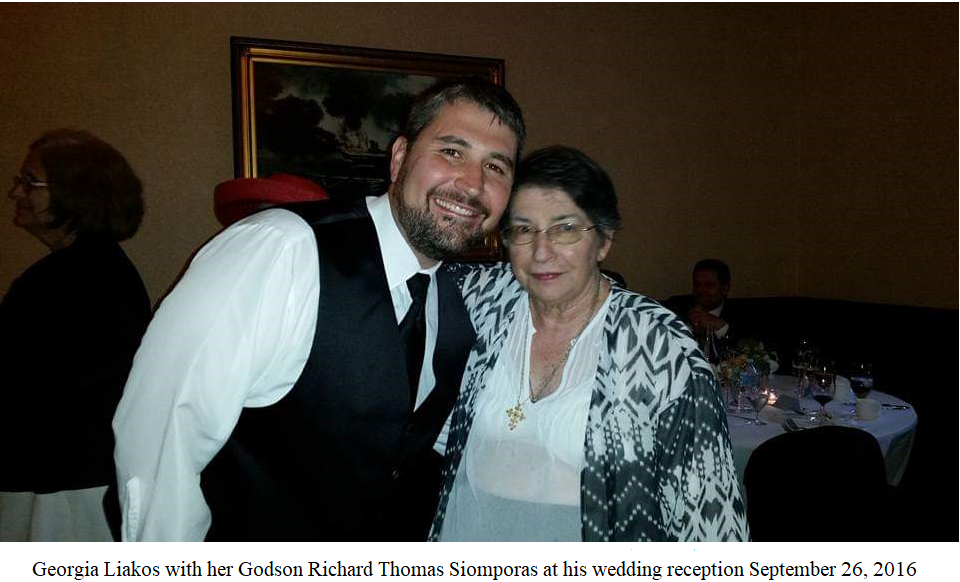 On Thanksgiving Day, 2020, Georgia provided the following video interview about her life as a Greek-American growing up in Annapolis, to daughter Diana and her grandchildren: https://annapolis-greek-heritage.org/georgia-liakos/

On the morning of Wednesday, November 10, 2021, Georgia Samaras Liakos passed away peacefully in her home in Arnold, Maryland, at the age of 84