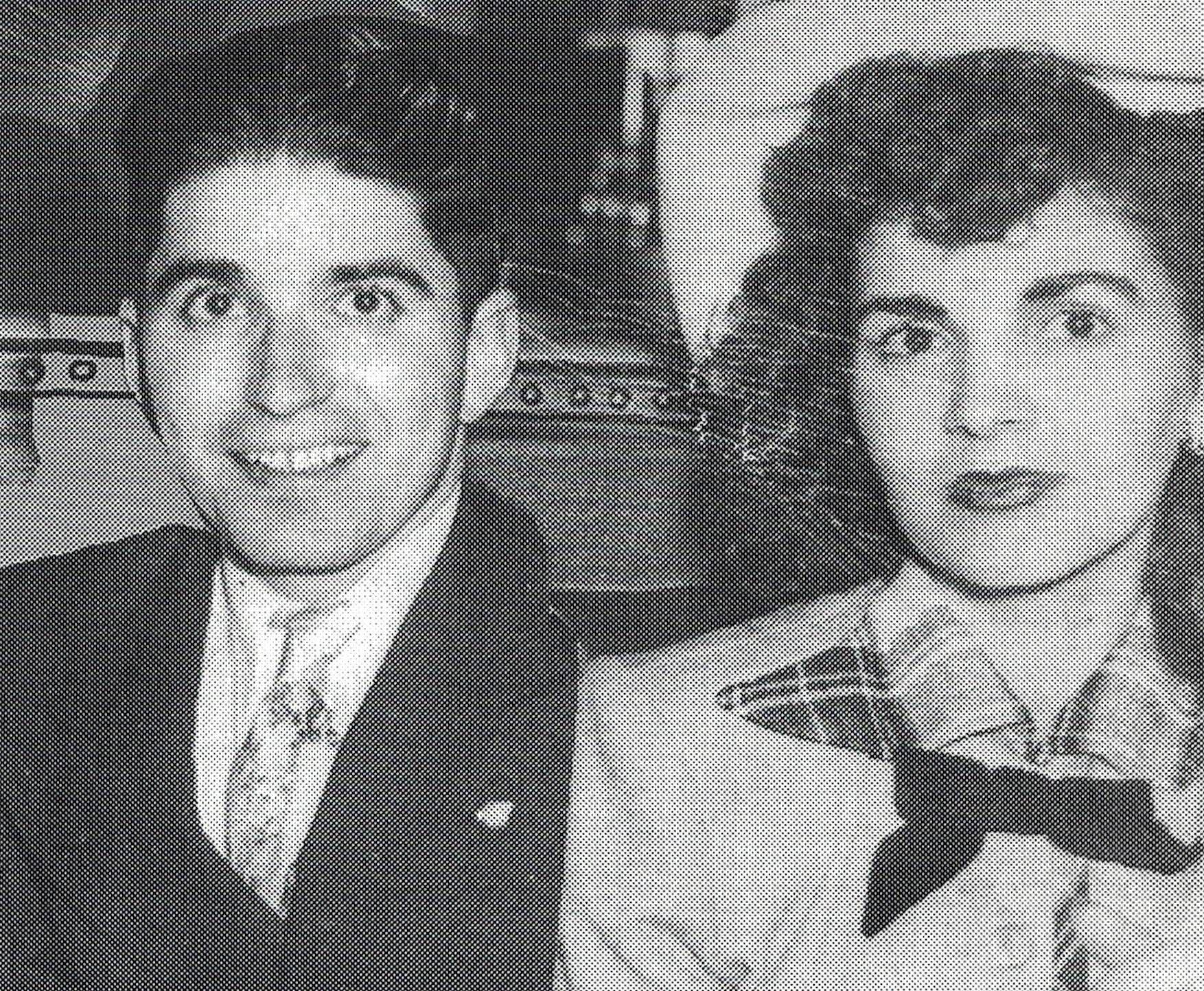 Nick came from a family with a rich Annapolis restaurant background. His parents, Theodore and Katherine Samaras, had been proprietors – along with Nick’s uncle George Samaras and his extended family, as well as a few of the other Samaras brothers and cousins – of several family restaurants in downtown Annapolis (now part of the Annapolis Historic District).

Nick was born on October 11, 1921 in the crowded Samaras apartment at 187 Main Street (known to 20th Century Annapolitans as “The Ivy Shop”). He became the older brother over four other siblings: Evangeline (born 1922), Anna, George (died as toddler), and Georgia. Sharing the apartment(s) with the other Samaras families, headed by Nick’s Uncles George, Spiro, and Petros Samaras, and Aunt Agora, Nick’s playmates (Samaras cousins) included older cousins Chris and Charlie (Constantine), and contemporaries “Big” Nick (Nicholas G. – who immigrated as an infant in 1920) and Chris G. Samaras (born in Cambridge a few weeks before Nick’s sister Evangeline, but returned to Annapolis as infant, per Thea Daphne). Raising four toddlers in the crowded facility, mothers Katherine and Daphne were continually challenged through the 1920s.

Riding the boom/bust of America’s economy in the 1920s and 1930s, the Samaras family was engaged in many Annapolis restaurants or diners and a candy shop on Main Street, West Street, Maryland Avenue, and Calvert Street, and in Eustis Florida (near Orlando). Moving out of the tight living quarters on Main Street, Nick’s family moved several times within Annapolis (Main, Cornhill, Dean, Calvert Streets, and McKendree Avenue). The family also moved to Eustis, Jersey City NJ, and Baltimore. 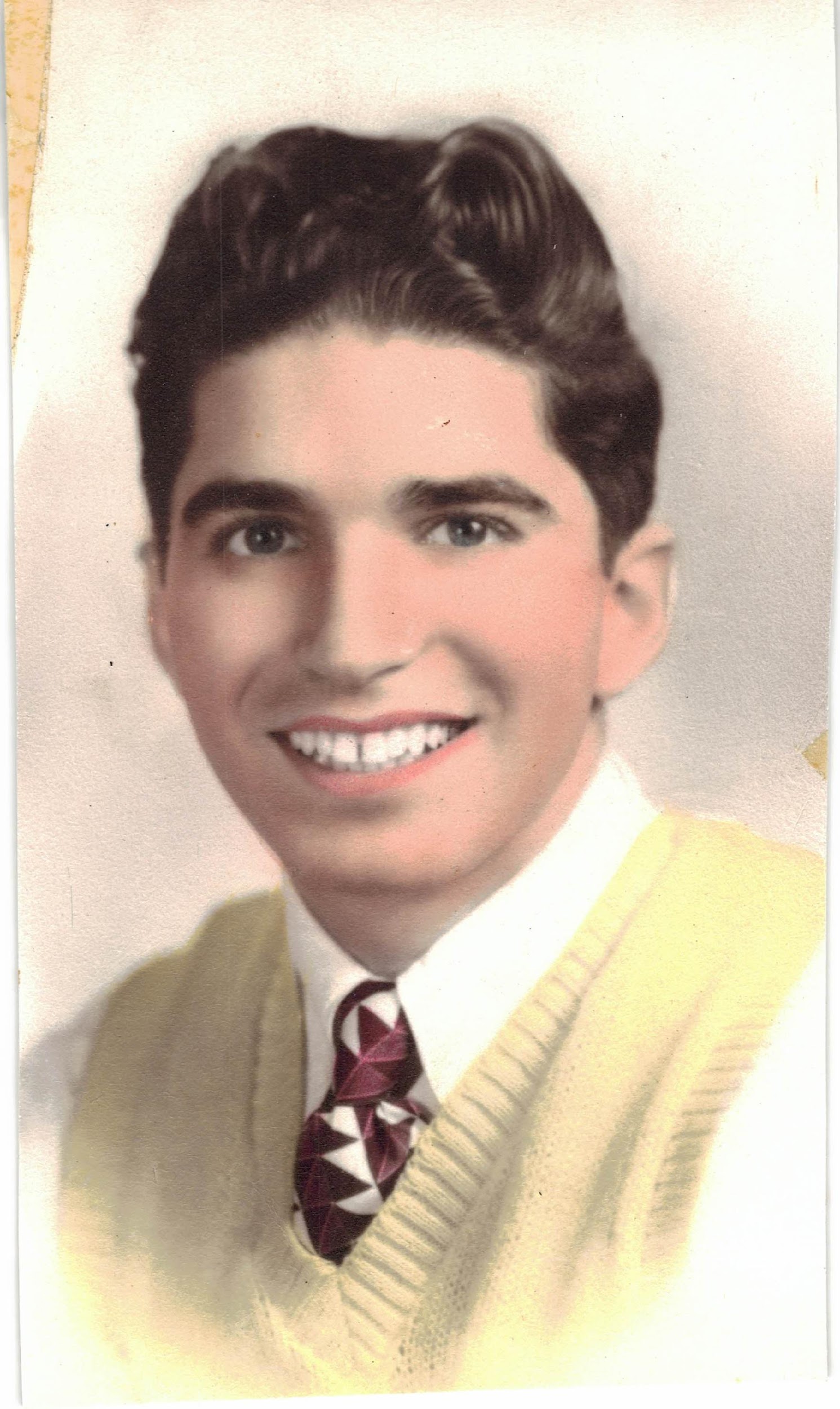 Due to losing a year of school due to catching Rheumatic Fever when living in Jersey City, Nick dropped back in school, to become a classmate of sister Evangeline and cousin Chris G. Samaras, all graduating from Annapolis High School in 1938.

Nick served in the US Navy during World War 2. 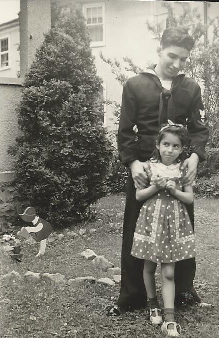 Nick came back to Annapolis before the war ended, helping his recently widowed mother, managing family affairs after the early death of his Dad, Theodore Samaras.

Nick teamed up with brother-in-law Tom Siomporas to acquire the S&S (“Siomporas & Samaras”) Restaurant at 1803 West Street, in 1945. This wooden planked ramshackle facility, located on the edge of town along what was then US 50, had been a popular jumping-off location for Annapolitans on their entering or reentering town.

During World War 2, the S&S was the last facility in Annapolis before entering Parole houses lining West Street US 50); thereafter US 50 became rural or forested. With ample parking, this made the S&S an ideal location for Annapolis automobile travelers, or inbound visitors from Washington or Baltimore and beyond. To help run the restaurant, the Samaras family joined in, making it a family-operated facility. Following is a wartime photos of Nick’s Mom Katherine Samaras in front of the old restaurant. 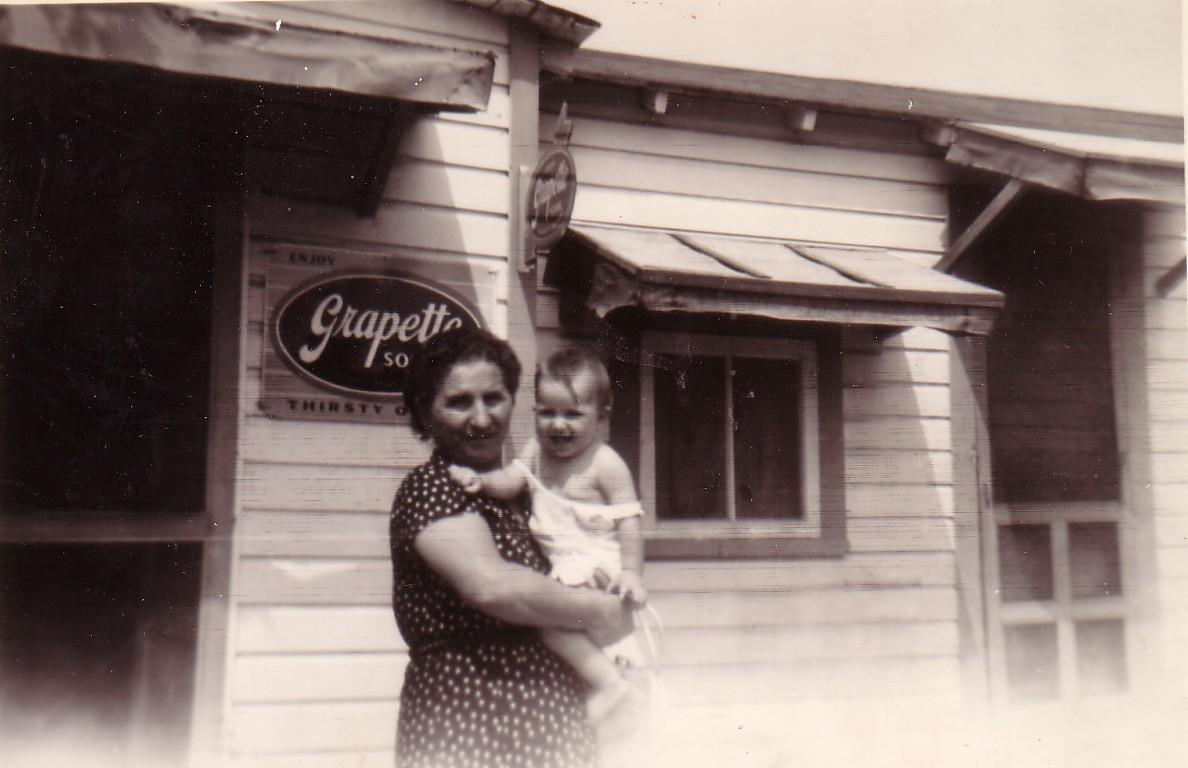 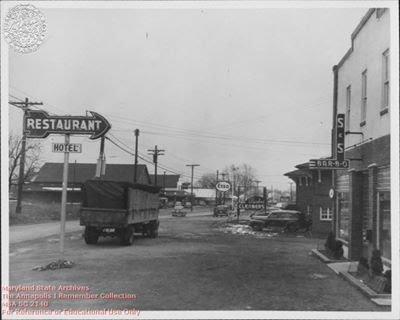 Tragedy struck the Samaras family again, as the old wooden S&S restaurant was destroyed by a kitchen fire in late 1945. Not to be deterred, Nick and Tom rebuilt the S&S, now the largest restaurant facility (also named) in Annapolis, topped off with a 10 room hote, in this 1948 photo:

The new S&S, made of concrete blocks over steel beams, was sturdy and virtually fireproof. Instead of the old roadhouse structure which it replaced, the new S&S became an attraction to Annapolitans, with ample parking and curb service. Air Conditioning, slot machines, and the new-fangled television set were added attractions. The restaurant also became a popular spot for tour buses entering Annapolis from Baltimore, Washington, and beyond, with parking lots large enough to park the buses and ample floor space to accommodate the visitors. This was a family-run facility, by the Samaras family; Sara Anna and Sara Samaras, and Sara’s sister Marge waited on tables, while Marge’s husband Steve Plakatoris helped Nick Samaras and Tom Siomporas run the kitchen, bar and cash register. Katherine Samaras helped manage the kitchen.

Nick, in the meantime, met Sara Kantsamparis, who came to Baltimore during World War 2 for work. Sara was one of three sisters from West Virginia who married local men and settled to live as lifelong Annapolitans: sister Marge had already been married Steve Plakatoris [insert hyperlink] and sister Marye married Annapolitan Gus Leanos. Nick Samaras was introduced to Sara by her future brother-in-law Gus Leanos. Sara (Zaharo “Sarah” Koutsoumparis) was born in Manhattan, New York on November 3, 1918, and raised in West Virginia.

Nick and Sara married on June 15, 1947, honeymooning in Washington DC and Ocean City. 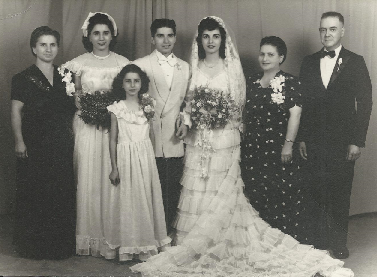 The following video of Nick and Sara was made from digitized 16mm film clips, documenting the S&S opening night in October 1946 and several subsequent anniversary parties:

Nick and Sara initially lived in the large Samaras house at 9 McKendree Avenue, in Homewood, one of Annapolis’ Greek-American clusters, including the neighboring Agapitas and Bill Leanos family homes accessible via backyard gates. Nick and Sara initially shared the house with Nick’s widowed Mom, the Tom Siomporas family, and two single sisters Anna and Georgia, reminiscent of the packed Samaras quarters of the 1920s over the Ivy Shop, 187 Main Street. Soon thereafter, Nick’s sister Evangeline, with the growing Siomporas family, moved out of the McGuckian Street home to to a new house, located behind the new S&S facility. Filling the McKendree Avenue vacuum, Nick and Sara soon had two “Baby Boom” daughters: Karen and Maria. Subsequently, in the early 1950s, Nick, Sara, and family moved to new house, constructed in Admiral Heights, along the edge of town at 133 Farragut Road. The new house was located across the street from a golf course property owned by the US Naval Academy Athletic Association.

In the early-1950s, Nick split from his S&S partnership with Tom Siomporas, opting to build and operate the Dairy Queen, a few hundred feet and across West Street from the S&S. 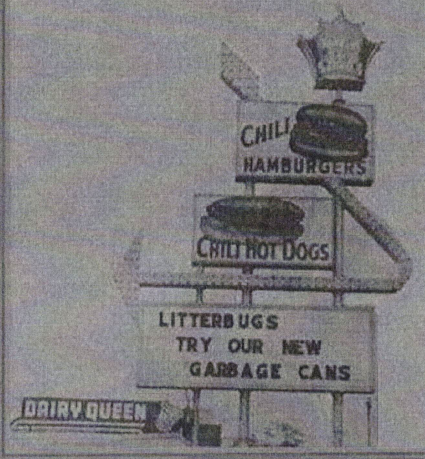 Nick and Sara’s Dairy Queen, on the outer edge of the city, out on West Street, was one of the most popular places in the 1950s – 1960s – 1970s for families to go out for a drive to get a burger or hot dog, plus a soft-serve ice cream treat. Before the invasion of fast food burgers & fries chain restaurants, Nick and Sara’s ruled as the best place in or around Annapolis to get a freshly prepared fast treat without having to go through table service. Nick and Sara’s was the only “soft-serve” place in Annapolis, with no competition within 20 miles, until the Panos family opened the Edgewater Tastee Freeze.

In 1959, the Navy golf course was replaced the by the Navy–Marine Corps Memorial Stadium, with the Samaras house looking down the open end of the stadium, through the goalposts to the scoreboard – a great place to hang out in the 1950s and 1960s, especially when the Navy football team was a national power behind Joe Bellino and Roger Staubach. On Thanksgiving Day, November 24, 1960, Nick and Sara hosted a family Thanksgiving Dinner including the Siomporas and Samaras clans, the Gus Leanos family, and on Thanksgiving Day, November 24, 1960, and Naval Academy Heisman Trophy winner Joe Bellino (see the Joe Bellino Anecdote”) 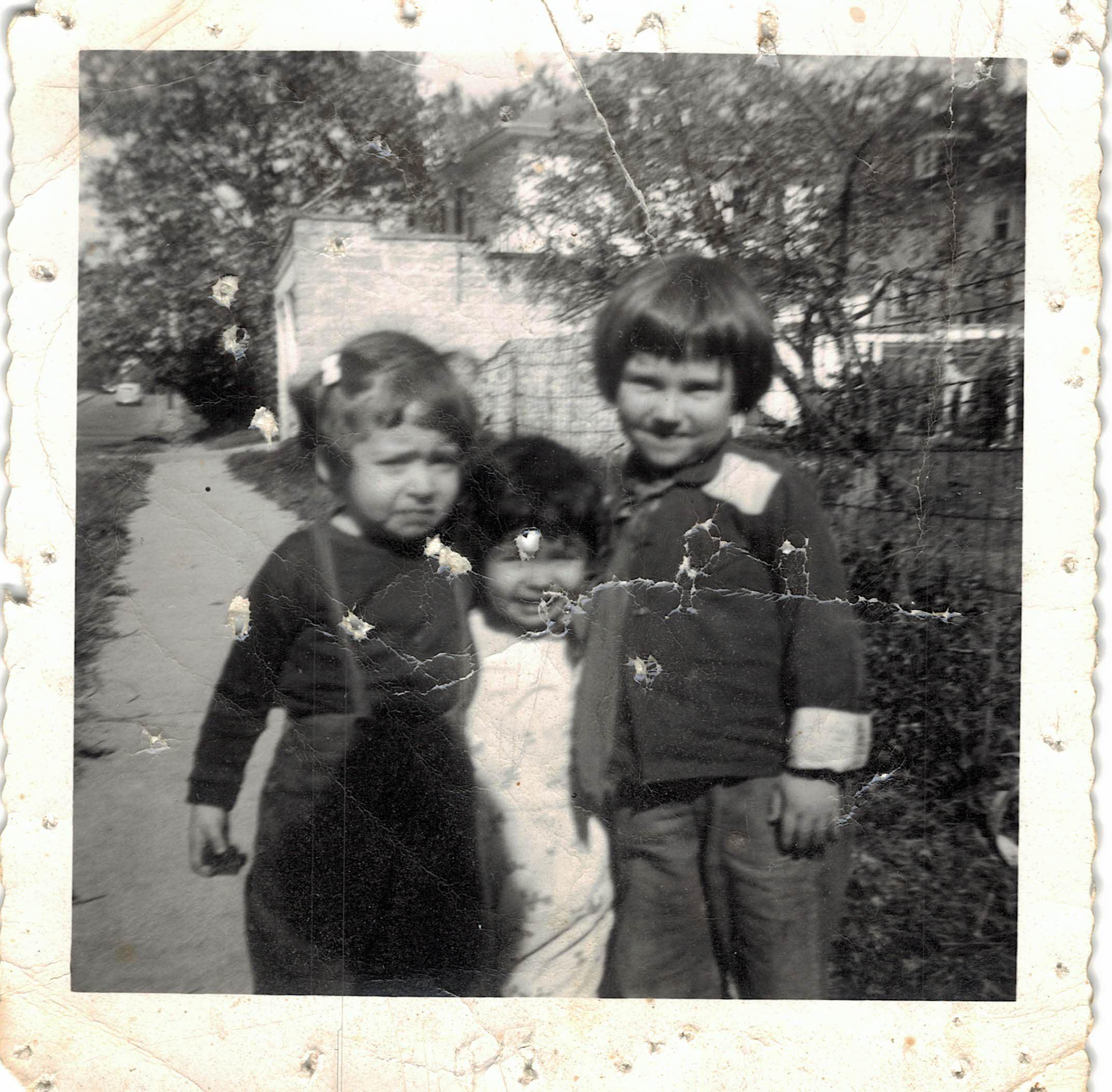 Nick and Sara, putting their family life ahead of business, opted to close the Dairy Queen in the winter to take family vacations. Daughter Maria recalls their parents taking them on many trips, including taking them to Disneyland in California during the Christmas holidays, and to the Macy’s Thanksgiving day parade in New York City. In January 1970, Nick and Sara took the Muela Fiesta cruise – “A Trip You Will Always Remember” – also staying in Acapulco. 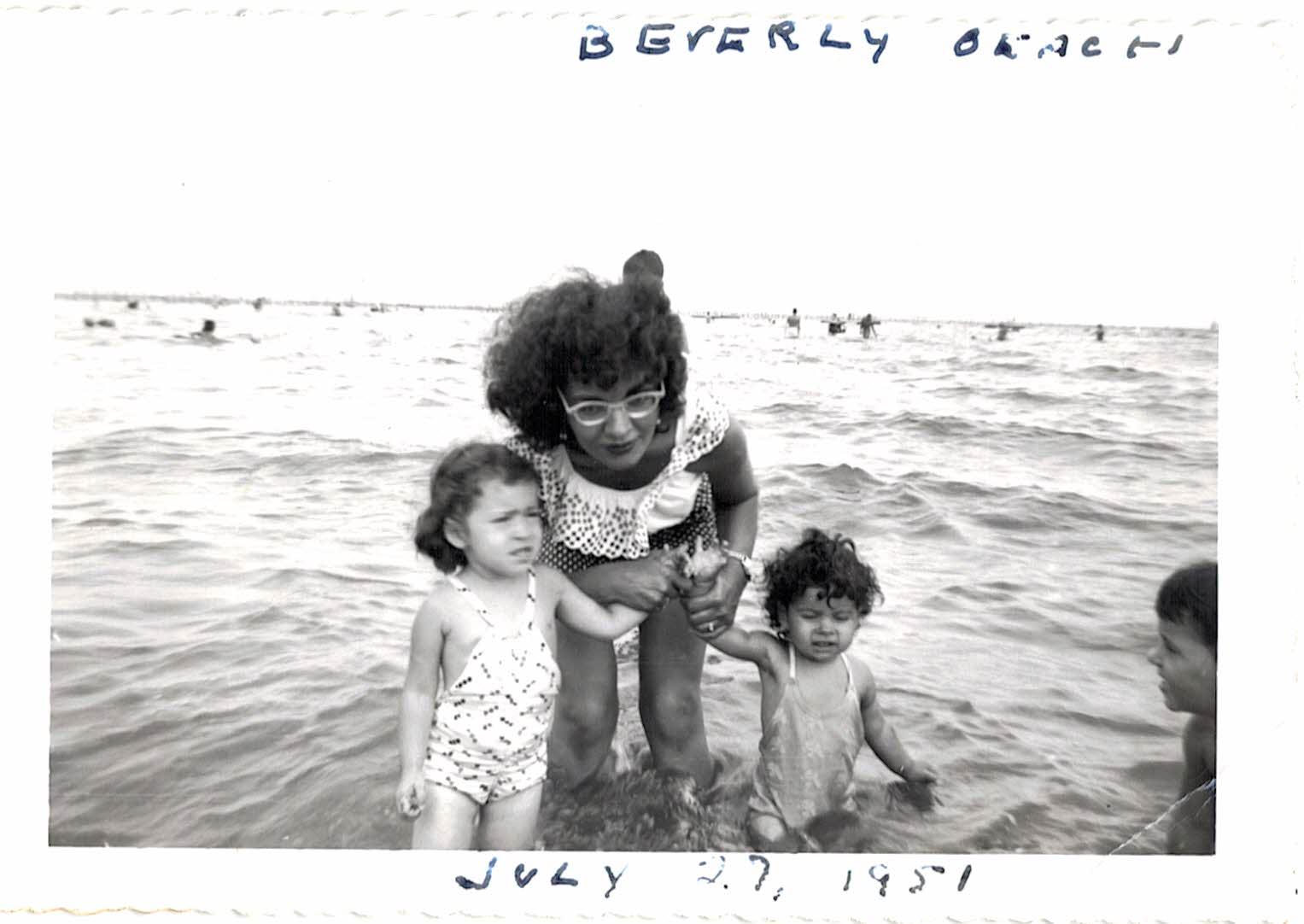 Anna Samaras was the executive secretary in the Office of the Superintendent of the United States Naval Academy.

Joseph Bellino, the star halfback for United States Naval Academy football, won the 1960 Heisman Trophy – the highest award for NCAA football, which at that time was as popular as the NFL is today. Joe was nationally famous, having made television appearances and many magazine articles in the Naval Academy’s marketing pitch in its endeavor for Joe to win the coveted Heisman Trophy. In a “Life” Magazine article, the focus was placed on Joe’s short and stout build by including a photo of the measuring of the circumference of Joe’s 18” calves. Life Magazine in the 1950s-60s was a one of the most read national publications – described in this Annapolis Evening Capital article as “whose calves were as thick as some men’s thighs” and in this Sports Illustrated article as “with a football in his hands and the bulging, muscular posts that serve him as legs drumming down a football field, Joe Bellino becomes something special” 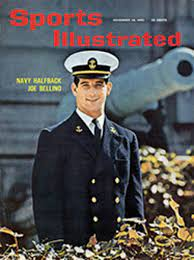 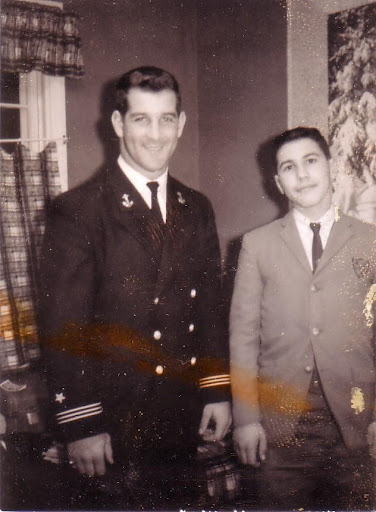 Joe, whose football notoriety helped enhance the public image of the United States Naval Academy, was a frequent visitor to the Office of the Superintendent. Due to the pending Army-Navy game, coupled with Navy being one of the highest ranked NCAA teams, seeking the national title, Joe was stuck in Annapolis for Thanksgiving, 1960, unable to get home to Massachusetts. Anna Samaras, talking with Joe in the lobby of the Office of the Superintendent, learned of his plight and offered Joe a plate at the table for Thanksgiving Dinner. Anna told Joe that she had a brother (Nick) and a nephew (Ted) who were big Navy football fans, who would enjoy meeting him. Joe accepted the invitation.
After dinner, we had mild banter about the Life magazine article and the medias’a focus on his legs, particularly the tape measuring. Someone made a challenge to Joe that athletic stockily-built Ted Siomporas had calves which should also appear in Life Magazine. A “tape-off” contest was held: Ted’s calves were only ½ inch less than Joe’s calves. Following are after-dinner photos of the event, including Nick Samaras’ brother-in-law Gus Leanos (another big Navy football fan): 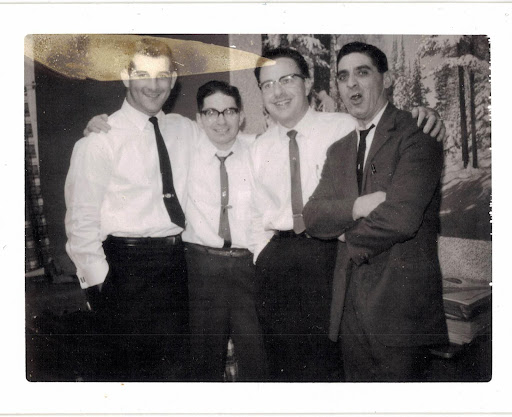