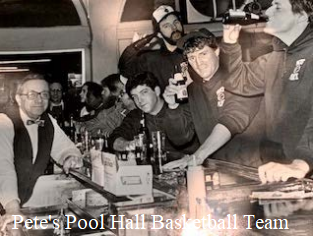 The Pappas/Palaigos early years and their respective contributions to the Greek/American community of Annapolis, Maryland, can best be summarized in three (3) words, namely, sacrifice, commitment and heroism, as will be demonstrated as their story unfolds.

Most, if not all, of you reading this article never met Anthony G. Pappas as he died in 1945. His life best describes the first word of the Pappas/Palaigos early years, namely, sacrifice.

In his early days, this author was told that two of Anthony G. Pappas’ closest friends were George Nichols and Pauline Leanos, both of whom were devastated upon hearing the news of Anthony G. Pappas’ death. Anthony G. Pappas served in the United States Navy as an Ensign fighter pilot, who, unfortunately, died in 1945 as he was attempting to land on an aircraft carrier. Anthony G Pappas gave the ultimate sacrifice to his country which took a devastating toll on the Pappas family. As you can see from his photo, Anthony G. Pappas was a very handsome young man. 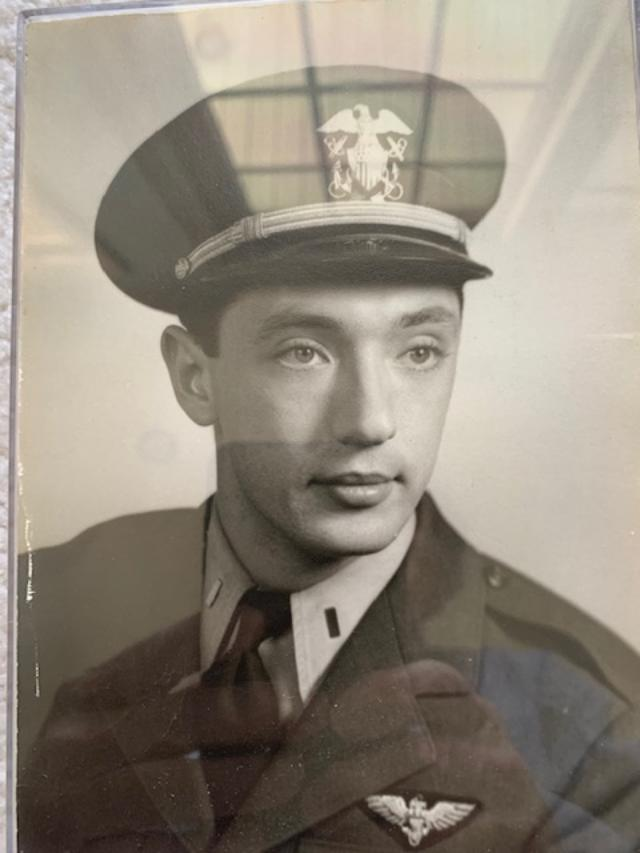 The early years continue through the Palaigos family. Helen G. Pappas (who was a beautiful bride ) marries Peter A. Palaiologos (later shortened to Palaigos) in June of 1948. Helen and Pete Palaigos had three (3) children, Melanie Palaigos (now Brock), Effie Palaigos (now Reed) and yours truly, Anthony P. Palaigos. Their early years brings us to the third and final word that best describes the Pappas/Palaigos early years, namely, heroism. Peter Palaigos was the second born of Andoni Palaiologos (who immigrated from Zelina in the province of Lakonia, Greece), and Melpo Palaiologos (who immigrated from Gythion on the eastern shore of the Mani Peninsula, Greece). Peter Palaigos was by definition a hero. His military accomplishments are second to none. As a member of the United States Army, during World War II he served in the military campaigns in Africa and Italy, as well as serving and surviving the D-Day invasion of France (Omaha Beach) as part of the Big Red 1, First Infantry Division. Peter Palaigos served his country with distinction and honor, earning several medals along the way, including the Purple Heart, the Bronze Star and Good Conduct Medals and achieving the rank of sargent.

His service and that of Helen Palaigos, to their family, community and especially the Greek community of Annapolis, Maryland, continued throughout their life together. Helen was active in the Greek Church, serving many years in the ladies Agia Anna Philoptochos Society. Pete served one term as President of the Board of the Saint Constantine and Helen Green Orthodox Church. Soon after Pete and Helen’s marriage in June of 1948, Pete became a part owner of Brunswick Billiards and ultimately became the sole owner of Brunswick Billiards, which he successfully converted to Pete’s Place and then ultimately sold to what is now known as Acme Bar and Grill located at 163 Main Street, Annapolis, Maryland.

Helen and Pete contributed to many organizations helping others in need and sponsored many sports teams that competed in Annapolis and Anne Arundel County, Maryland. At one time, Pete was described as the “true Mayor of the City of Annapolis.” Pete and Helen were very much active in the lives of many young men and women in Annapolis, including acting as the “parents away from home” of many midshipmen attending the United States Naval Academy in Annapolis, Maryland. Pete died a husband, father and a hero on June 4, 2007, survived by Helen. Helen, at the time of this article, is still alive and well, and currently residing in Florida near her daughter, Melanie’s, family. If I may, as the author of this Article, although Pete may have gotten a lot of press, Helen has been and will always be the glue that has made the Palaigos family what it has been in the early years and beyond. Pete may have been and is my hero, but Helen has been my inspiration.